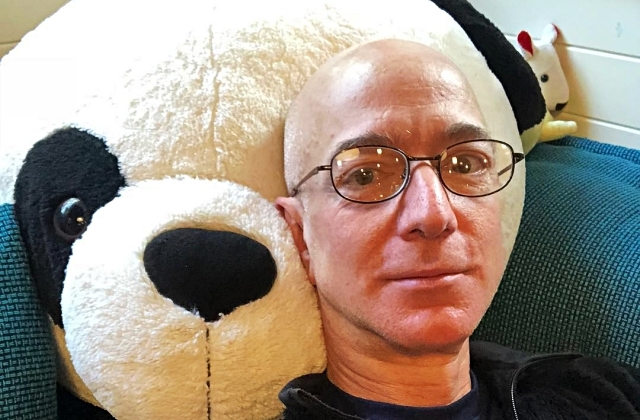 Jeff Bezos is finally stepping down as Amazon’s chief executive officer. The world’s richest person is leaving his post on Monday, July 5, and now looking forward to other endeavors such as space travel.

It was reported that Jeff Bezos will be departing as chief but will still be a very wealthy man even after the government collects taxes and fees from his 401,000 accounts and social security payments.

How much Bezos is worth after exit

Based on the estimation on Forbes, Jeff Bezos’ fortune ballooned since 1998 when he was first listed on the magazine’s richest Americans, as per USA Today. Today, when he steps down as Amazon’s CEO, he is worth close to $202 billion.

With this number, it was said that the multi-billionaire's fortune is 739,489 times higher compared to the average worth of American's on their retirement at the age of 65. Then again, Jeff Bezos is not fully retiring from the business as he will still be Amazon’s executive chairman.

Thus, his worth may still grow even if he passes on the baton to Andy Jassy, former Amazon Web Services chief. It is truly amazing that Jeff Bezos still remains the richest man even after transferring one-quarter of Amazon’s stock to his ex-wife, MacKenzie Scott.

It was noted that most of the businessman’s fortune came from Amazon, and this is about 90%. The rest are from his other companies, such as Blue Origin and the Washington Post publishing.

As mentioned earlier, one of Jeff Bezos ventures when he steps down at the age of 57 is to focus more on philanthropic works and delve more on his spacecraft company, Blue Origin, The New York Post reported. Some of the initiatives that he is expected to work on include the Amazon Day 1 Fund, Bezos Earth fund, and the Washington Post.

Meanwhile, on July 20, he is also set to board Blue Origin’s New Shepard rocket for a short trip to space. He will be flying with his younger brother Mark Bezos and two other civilians that include the winner of the bid for a seat and an 82-year-old grandmother who trained to be an astronaut when she was younger.