Tunisia: the complex issues behind the presidential power-grab 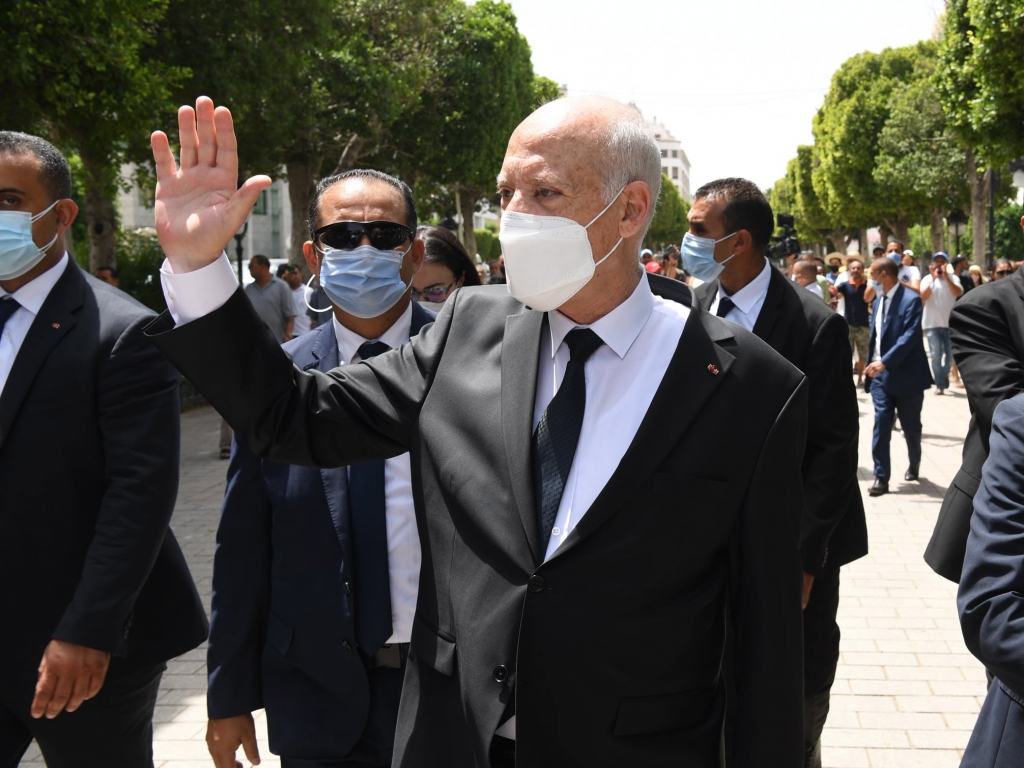 Ten years on from the Arab uprisings, Tunisia has often been presented as a rare success story. Elsewhere Egypt sank into an army dictatorship, Syria, Libya and Yemen into bloody civil war. In other countries, meanwhile, such as Bahrain, the protests were put down with ferocity and the old regimes dug in against change.

In Tunisia, the protests toppled the corrupt regime of Zine el-Abidine Ben Ali. An interim government called elections and parties previously banned, such as the Islamist Ennahda, were allowed to campaign and take their place in the political mainstream. A new constitution was written and the country appeared to be on a road to democracy.

So, there was widespread international consternation when, on the evening of July 25, Tunisian president, Kais Saied – an independent politician and former law professor – dismissed the prime minister, Hichem Mechichi, froze the activities of the parliament and revoked the immunity of parliamentarians. To give himself cover, he invoked Article 80 of the Tunisian constitution that allows for the president to take emergency measures in situations of imminent danger.

Many people I’ve been speaking to have been wondering whether what seemed like a positive transition towards democracy is under threat. On the other hand, some foreign policy analysts speculated that maybe Tunisians “never wanted democracy”.

Both positions represent a simplistic view of political developments in Tunisia over the past ten years. What’s happening now is not a sudden diversion of an otherwise linear democratic transition. Nor can we infer from current events that Tunisian democracy has been “doomed to fail” all along.

Economist Branko Milanovic complained on Twitter that political scientists “(…) after ten years of praising democracy in Tunisia, (…) suddenly have nothing to say.”

It’s complicated. What has been praised by observers over the past ten years – and what Tunisians have been proud of – is interwoven with issues that have drawn criticism from both observers and protesters within Tunisia.

The decade has been marked by political and social struggles, both in and outside of political institutions. Divisions are not clear cut. Tunisia has managed to organise a peaceful handover of power and three free and fair elections for both presidency and parliament, which were followed by often tortuous negotiations around the formation of a government based on the results. The country also started dealing with its repressive past through an ambitious transitional justice process.

But actually finishing the 2014 constitution proved problematic. To overcome a deadlock in the process of writing the constitution, a conflict-resolution mechanism was established: the 2013 National Dialogue. This mechanism was internationally praised and four Tunisian civil society organisations won the 2015 Nobel Peace Prize for its “for its decisive contribution to the building of a pluralistic democracy in Tunisia”.

This forum included members of parties represented in the National Constituent Assembly, but each party had the same number of participants, rather than representation being based on their strength in the Assembly. Outside parliament, participating politicians negotiated compromises on the broader lines of political conflict, to bring the constitutional process back on track. It also led to a rapprochement between the Ennahda party and Nidaa Tounes, a party that included many members of the “old regime”.

While finishing of the constitution was a milestone in Tunisia’s democratic development, several of the people I interviewed at the time mentioned that the conflict-resolution mechanism paved the way for political decisions being taken through deals made between elites. Since it led to a reconciliation of adversarial political factions, there was not much interest in dismantling “the system” – structures in politics, economy and the justice sector that had enabled repressive rule – at a deeper level.

Political deal-making became the order of the day and the push for transitional justice and accountability became less important. People told me that badly needed reforms of the justice and security sector were only pursued on a superficial level and not systematically. The revolution had paved the way for some previously excluded actors to get into positions of political power – Ennahda, for example, whose members had been persecuted, has been either the strongest or second strongest party in parliament.

But, instead of working towards dismantling repressive structures, working towards an even more inclusive political system, and reforming institutions, Ennahda made deals with politicians from the “old regime” and staffed institutions with their own people. This merely perpetuated the impression of a nepotistic and corrupt political class. In addition, police violence remains a problem, emphasising the need for further structural reforms.

In the same vein, Ennahda’s on again, off again support for transitional justice was perceived as an attempt to steer financial benefits through reparations towards its own constituents.

Against the background of a poorly performing economy and a catastrophic pandemic situation, the party’s recent demands for €3 billion in reparations caused public outrage at the end of July 2021. The protests that followed were cited by Saied as a reason to take over power.

So it remains unclear when and how things will return back to “normal functioning of state institutions and services” as Article 80 dictates. But it is clear that it is not only necessary to appoint a new government to ensure democracy in Tunisia, but to work towards reforms of repressive structures, social justice and accountability.