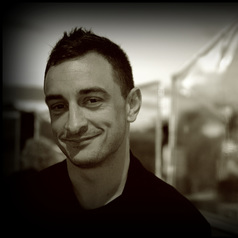 With the AFL Grand Final between Richmond and Greater Western Sydney this Saturday on the hallowed turf of the MCG, punters around the country will be encouraged to place their bets hoping they can score a sweet victory.

Many will even have personalised messages to bet sent to their phones.

But there have been major concerns at the links between sports betting and the AFL this year. In recent months, Collingwood’s Jaidyn Stephenson bet on AFL matches, which led to him being banned for ten games. This brought the issue back onto the public radar.

Stephenson announced during a press conference he was regretful, would take responsibility for his actions, and promised to do better in the future.

But what if Stephenson was merely reflecting the norms of Australian society, which has seen the establishment of sports betting as an everyday social practice?

Australia is the gambling world leader by a mile. Australia’s betting losses per adult are the highest in the world, and they’re around 50% higher than the country in second place, Singapore.

And with sports betting heavily marketed and apps making it easier than ever to bet, punting will only become more deeply entrenched in Australian culture. If we really want to do something about tackling gambling related harm, we need to de-normalise sports betting as an everyday social practice in Australia.

A season of gambling debates

Debate about the AFL’s relationship with sports betting has raged all season. Collingwood coach Nathan Buckley called the punishment of Jaidyn Stephenson a hypocrisy given the AFL has a long-standing sponsorship deal with BetEasy.

Brisbane Lions have announced betting company Neds will appear on their guernsey from next season. And concerns about AFL’s relationship with gambling companies even led Western Bulldogs captain Easton Wood to say he would support players taking a pay cut to end gambling sponsorship.

These concerns are related to the effect gambling has on society. Gambling expenditure in Australia was estimated at A$23.7 billion in 2016–2017, an average of A$1,251 per adult who gambled. Research estimates between 80,000 and 160,000 Australian adults suffer from severe gambling problems; and between 250,000 and 350,000 are identified as at moderate risk.

Problem gambling can lead to a severe harms for the partners, families, communities and employers of gamblers – including financial hardship, family breakdown, headaches and nausea, stress, anxiety, and depression. In fact, the social cost of gambling harm is conservatively estimated at A$4.7 billion per annum.

While gambling and related harm has traditionally been understood as an individual issue, this is changing with growing recognition forms of gambling such as sports betting are becoming normalised.

Sports betting is now the fastest growing sector of the gambling market. What’s more, sports betting is heavily marketed, especially during the television broadcast of sports like the AFL. And a recent report pointed to how Sportsbet – one of the biggest players in the market, has spent nearly half a billion dollars over the past five years on marketing to Australians.

Technological advancements, such as the introduction of mobile phone sports betting apps, now mean Australians can bet on sports anywhere, anytime, and on anything.

Australians now punt on their phones in the home, at work, at the game, or out with their friends. Research has shown sports betting apps relate to social grouping, passion, mateship, competition, and knowledge of the game, creating social norms that associate sport with betting.

It also means people who would not traditionally bet, such as females on a night out with male friends, are now getting involved.

So, it’s no surprise AFL stars such as Jaidyn Stephenson are engaging in sports betting. Their behaviour merely reflects the norms in Australian society.

If we wish to tackle gambling related harm, and prevent sports stars from having a punt, then we need to first understand and address these norms.

Some suggestions include the AFL phasing out gambling sponsorship much the same way as they did with tobacco 30 years ago.

However, we still don’t know enough about how, why, where and when people use mobile phone sports betting apps.

This is the focus for a new government funded project: In it to win it - An interdisciplinary investigation of sports betting. The project aims to understand how young adults use, communicate about and experience mobile phone sports betting applications.

The research – led by myself with a team of sociologists, geographers and neuroscientists – will combine visual ethnography and cognitive neuroscience methods, such as eye tracking, to examine how people use mobile phone sports betting apps and how this shapes sports betting practices.

The project findings will enhance understanding of social practices of sports betting and the role of mobile phone sports betting apps, to help inform gambling policy and programs to support better health and social outcomes.

So, next time an AFL star is caught and pilloried for betting on a game we should recognise they are merely reflecting our social fabric. The AFL could make a start by taking responsibility and rejecting gambling sponsorship.