The folly of writing legislation in response to sensational crimes 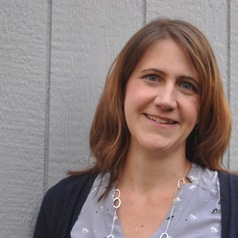 The transfer of convicted murderer Terri-Lynne McClintic to an Indigenous correctional facility has resulted in changes to correctional legislation and practice. But creating law and changing policy in response to one sensational case has an impact far beyond the intended target. Just look at what happened when Karla Homolka, one of Canada’s most infamous killers, completed her 12-year-manslaughter sentence.

A rally against McClintic’s transfer to an Indigenous healing lodge on Parliament Hill on Nov. 2 featured calls of “send her back” and “life means life” in reference to her life sentence for murder. McClintic was convicted of first-degree murder in 2012 for the abduction, rape and murder of eight-year-old Tori Stafford in Woodstock, Ont.

McClintic’s high-profile crime has some disturbing similarities to Homolka’s. In 1993, Homolka was convicted of manslaughter in the abduction, rape and murders of Kristen French and Leslie Mahaffy. Both Homolka and McClintic acted alongside male partners (Michael Rafferty and Paul Bernardo, respectively), but as individuals, were targets of extensive media coverage.

Homolka served 12 years in prison and was released in 2005. In 2010 she became eligible to seek a pardon, although there was no indication that she was going to apply.

Since 2012, McClintic had been incarcerated in Ontario’s Grand Valley Institution for Women. This fall she was transferred to Okimaw Ohci Healing Lodge in Saskatchewan, a multi-security facility primarily for Indigenous female offenders, but amid the uproar about the transfer, she was moved to a medium-security prison in Edmonton.

There was no indication that her transfer to the healing lodge, itself a prison, posed a security threat or violated correctional protocols.

Nonetheless, her case, like Homolka’s, has resulted in changes to federal policies and laws.

Child murder and aggravated sexual assault are a small minority of crimes committed in Canada, and 97 per cent of those accused of sexual assault are male. So it’s not surprising that women like Homolka and McClintic are viewed with extreme public repudiation. But using their rare and sensational crimes to change policy makes for bad legislation.

In response to Homolka’s possible pardon application, sweeping legislative changes were implemented. These have since had an impact on thousands of criminalized adults. Essentially, pardons became more expensive and delayed.

The time period before which those convicted of indictable offences could apply for pardons after completing their sentences was extended from five to 10 years. For less serious offences, the delay was from three to five years. The associated cost was quadrupled, from $150 to $631.

Approximately 3.8 million Canadians have criminal records, or 10 per cent of the population. Fewer are now applying to have these records suspended. In 2015-16, there were 12,384 applications, down from 29,849 in 2011-12, the year of legislative changes.

The legislative changes, which were applied retroactively, have been found to violate people’s Charter rights. Not only were changes to the pardon process unconstitutional, they have been costly to the public.

Without a record suspension, those with criminal records are often unable to find work, especially work that pays a living wage. They are more likely to rely on welfare and other social supports, rather than contributing to the economy and paying taxes.

It is important to know, or remember, that a record suspension is only given after someone completes their sentence and does not reoffend.

Toronto criminology professor Anthony Doob argued in a 2017 legal challenge that only four per cent of pardons in Canada have been revoked. This means 96 per cent of those who have received a pardon live crime-free lives in the community.

When the Conservatives changed the legislation, they also replaced term “pardon” with “record suspension.”

“It’s not the state’s business to be in the forgiveness business,” then Minister of Public Safety Vic Toews declared. Such statements illustrate the extent to which changes to the “pardon” system were politically driven.

Comments from current Public Safety Minister Ralph Goodale have been more measured, but he ordered Corrections Canada to tighten transfer policies. The changes impact all existing and future cases of inmates seeking transfers.

Transfers between prisons have long been matters of extensive policy and evaluation of individual offenders.

Often transfers are done to provide inmates with access to rehabilitation programs or to bring them closer to their families and support systems. And transferring offenders from institutions to healing lodges is not new.

Between 2011 and 2019, 22 convicted child killers have served some of their time in healing lodges. Yet suddenly, after one sensational case, policies are changing.

These new policies will make it harder for prisoners to move to lower-security facilities like healing lodges. It’s partly due to these tighter guidelines that McClintic was moved from the healing lodge to the Edmonton prison for women.

“Justice is finally being served as Tori Stafford’s killer is being put back in a prison,” declared Conservative Leader Andrew Scheer after the transfer was made known.

Such statements fuel public misconceptions about healing lodges which are, to all intents and purposes, prisons. There are guards, strip searches and close surveillance. McClintic was never not in prison. She was transferred from one prison to another and then another.

The legislative changes made in response to Homolka’s possible pardon application have been harmful to thousands, and have not demonstrably made the public any safer.

It’s too soon to tell what the impact will be of changes to inmate transfers and risk assessment in response to McClintic’s move. But if there are any lessons to be learned from the past, surely it’s that the politically and emotionally charged court of public opinion is not the place to make policy changes in areas as complex as corrections.