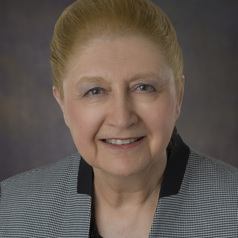 The Two Popes provides a creative dialogue about God, faith and moral responsibility. The film is a fictionalized encounter between German Cardinal Joseph Ratzinger, who became Pope Benedict XVI in 2005, and Argentinian Cardinal Jorge Mario Bergoglio. Bergoglio was elected after Benedict’s resignation in 2013, becoming the current Pope Francis.

The appeal of the film has to do with the human touch, and with the substantive global character of the Catholic Church.

As a native of Argentina, I have a special connection with this film. I am also a professor of history of education at Queen’s University, and my research focuses on Catholic social thinking, education and the state and women’s religious orders devoted to teaching. I also study the intellectual history of education including the ideas of critical writer, essayist and priest Ivan Illich, and Brazilian Catholic educator Paulo Freire, a key figure in the popular education movement.

My interest in this film lies in how it uncovers the theological currents underlying the institutional church, as well as in the film’s silences. 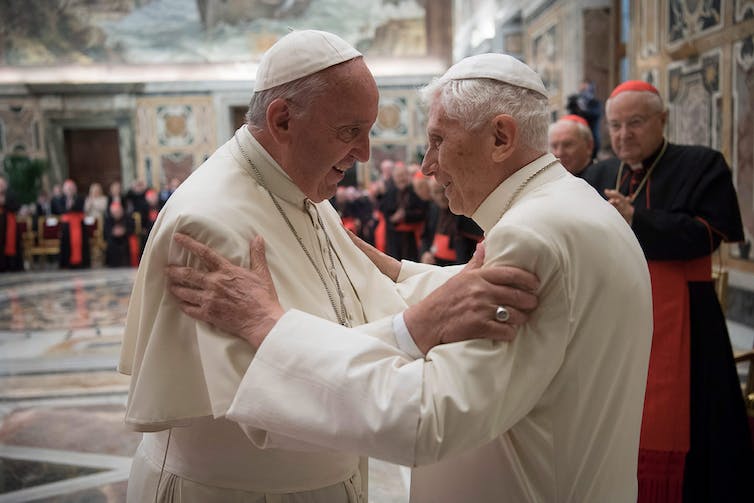 The film’s narration conveys with great artistry a conversation that confronts two (of many) divergent currents in the Catholic Church: a reformist one, and a conservative one that retains the anti-modernist tones of the church before what Catholics know as Vatican II (1962-65). This church council represented an attempt to attune the Catholic Church with social and cultural changes in the 20th century.

In the early 1970s, Latin American theologians developed liberation theology, a perspective that emerged from people’s experience of oppression in Latin America. This theology would nourish the movement of popular education in the 1970s and early 1980s with a strong grassroots foundation. Cardinal Ratzinger was active in undermining liberation theology.

The film references the rise of Pope Francis’s religious call and his commitment to the poor. A montage shows the times of repression in Argentina (1976-83) which overlapped with Bergoglio’s time serving as superior of the Jesuits in Argentina and Uruguay (1973-79).

When Bergoglio served in this role, as shown in the film, two Jesuit priests were kidnapped by the military. Bergoglio’s Jesuit community later sends him into exile in Cordoba. The film suggests Bergoglio was tormented by his failure to protect the priests. It also alludes to the “interior crisis” that Pope Francis has said he experienced in Cordoba.

It is not surprising that in the film, Bergoglio, seen sometime after the March 1976 coup in Argentina, appears to be throwing books away from the Jesuit library such as by Brazilian Archbishop Dom Hélder Cȃmara (1909–99) and by Italian Marxist philosopher and thinker Antonio Gramsci. Cȃmara, while very involved in social action, was also critical of the hierarchical bureaucratic structure of the church and its separation from workers and the poor. These would have been among books that the Latin American left read at the time.

Later, Bergoglio was one of the architects of what is known as the Aparecida document. This 2007 document articulated a church committed to the poor in light of a relationship between God’s kingdom and the dignity of human beings.

Walk in the garden

The plot begins with Cardinal Jorge Bergoglio’s desire to submit his resignation to Pope Benedict XVI, given the expected age of retirement. The two men meet at the Palace of Castel Gandolfo and talk about God and the church.

The next day, they go to the Vatican by helicopter. Here, the film takes some historical liberties such as when Benedict indicates his intention to resign and a plan for Bergoglio as the new pope, given the need for change.

The dialogue reconstructing their positions and their pasts is beautifully set in the garden of the papal summer residence in Castel Gandolfo and later in the Sistine Chapel.

One could forget for a moment a line from Ivan Illich: “The Roman Church is the world’s largest non-governmental bureaucracy.” One could also forget the institutional church’s hierarchical and authoritarian structure, very much out of tune with a world concerned with rights and identity.

Sins of the church

Pope Benedict voices the sins of the church in the form of a confession. The film acknowledges sexual abuse and also financial scandals.

But the conflicted souls of many Catholics, who face the sins of the institution — including the exclusion of women from ordination, the church’s opposition to gay marriage, divorce, contraception and so on — are bracketed in silence.

One of the voices that does not come through is that of feminist theologians and prophetic feminist visions. These theologians offer a powerful line of thought that embraces social justice and the environment, as well as one that sees gender, class and race as significant lenses. 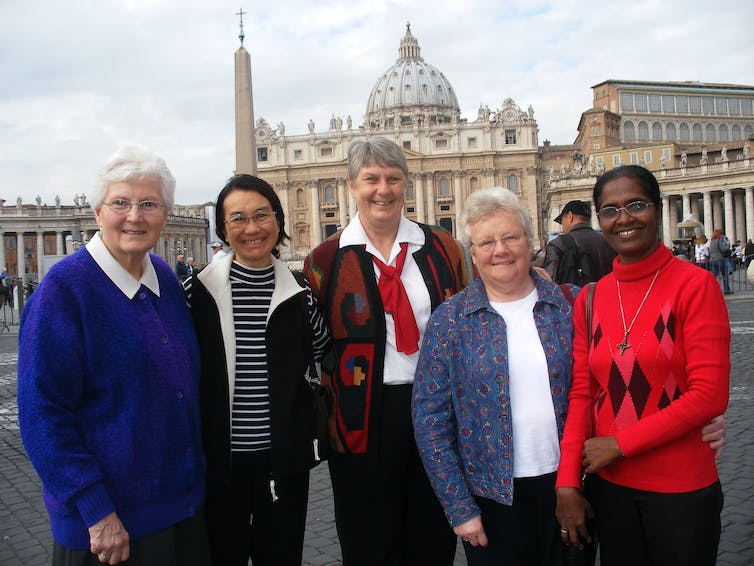 Sisters of Our Lady of the Missions in front of St. Peter’s Basilica, Rome. (Rosa Bruno Joffre), Author provided

My own research on women’s religious communities has documented congregations’ attempts to rebuild their individual and collective identity following Vatican II reforms and changes in the long 1960s.

I have come across powerful statements, for example, from the Sisters of Our Lady of the Missions/Religieuses De Notre Dame des Missions, about the sisters’ own way of living social justice as women, and their critique of coloniality and of western cosmology in their own building of an eco-spirituality.

At these sisters’ general gathering in Rome in 1996, they wrote:

“We recognize the struggle and hold the pain of those oppressed by the institutional church, and … we too may find ourselves in situations of tension with the hierarchy.”

Vatican II set the stage for openness toward change and the world, and was resisted by many, including Ratzinger. Many changes took place mostly outside the Vatican walls and started before Vatican II. 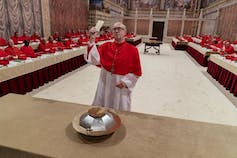 A red sea of men deciding the future of the Catholic Church: Jonathan Pryce as Cardinal Bergolio, before he becomes Pope Francis, in ‘The Two Popes.’ (Netflix)

The work of Brazilian Catholic educator Paulo Freire, whose book Bergoglio is shown reading in one scene, for example, marked a turning point in how critical-minded educators in Latin America approached adult education projects — and how they understood the sources of authoritative knowledge. This turning point was rooted in cultural and social movements taking place in Latin America. Freire’s theory and method reflected the language of justice and liberation of a radicalized Catholic social imaginary of the 1960s and 1970s in Latin America.

Still, Vatican II did not touch central issues that now have become imperative if the church does not want to be examined as a residual institution of the past.

Today, church leaders have not moved toward a democratization of the church as an inclusive institution, and continue with an authoritarian line. This is the case even as a degree of internal change is happening and even as Pope Francis, as portrayed in the film, has a commitment to the poor and social transformation.

Overall, the film’s omissions left me with a taste of exclusion, a sense of the need for a renaissance. I simply could not locate my spiritual soul in the red sea of well-rounded men set in choreographed rituals deciding the future of the church.