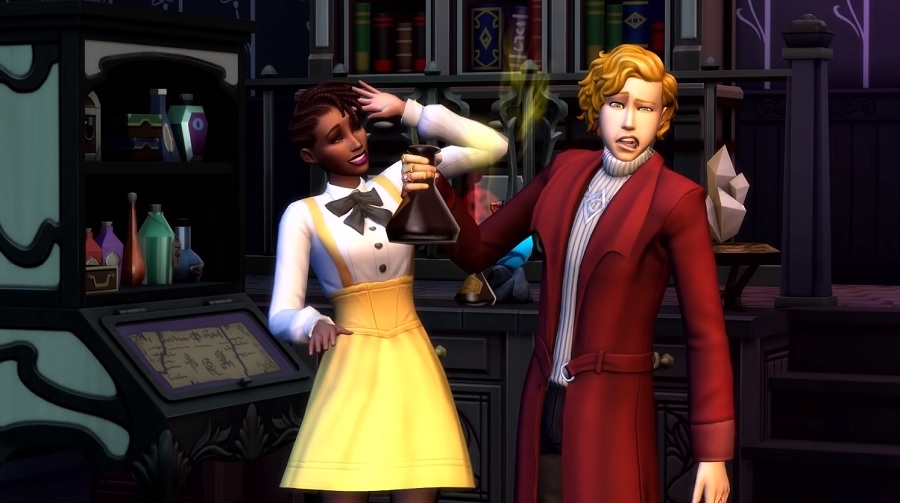 From the trailer of “The Sims 4: Realm of Magic” | Photo by EA Maxis (The Sims channel)/YouTube screenshot

The rumor mill is always running for the gaming industry, especially for popular game series such as “The Sims.” This means that despite the absence of any updates about “The Sims 5,” fans are not running out of speculations on its gameplay upgrades and possible release date.

In recent years, virtual reality gaming has become even more popular with the release of more affordable VR gears. So it is not surprising that many video game companies have also developed titles that support a VR mode while some games are exclusively played in VR. This has also become one of the favorite speculated gameplay upgrades for “The Sims 5.”

Having a VR mode for a life simulation video game can be interesting to some fans while others do not find the need for it. In a “The Sims” online forum several players appear to welcome the possibility of roaming around the make-believe towns and building their simulation homes beyond just staring at a screen. Additionally, it could be a nice upgrade from the currently available first-person mode. However, other players argued that “The Sims 5” on VR would only mean carrying out daily activities in real life.

Reports about “The Sims 5” being in VR have been around the internet for several years now. There are also rumors that the next main series installment could offer a 360-degree viewing option of the gameplay. But the fact remains that developers have yet to confirm any of it.

Another highly speculated aspect of “The Sims 5” is its release date. With the previous installments having four to five gaps in between its launch schedules, many were expecting the game to be released this year. But seeing that the year is already in its final quarter and developers have not announced anything about the game, it is time to stop anticipating a new title launching in 2019.

At this point, it is unknown whether or not “The Sims 5” is even in development already. A fan suggested that considering the timeline of extension packs for “The Sims 4,” the wait for an all-new game could extend to 2022.