‘The Promised Neverland’ chapter 154 release date, spoilers: What to expect in the last few chapters 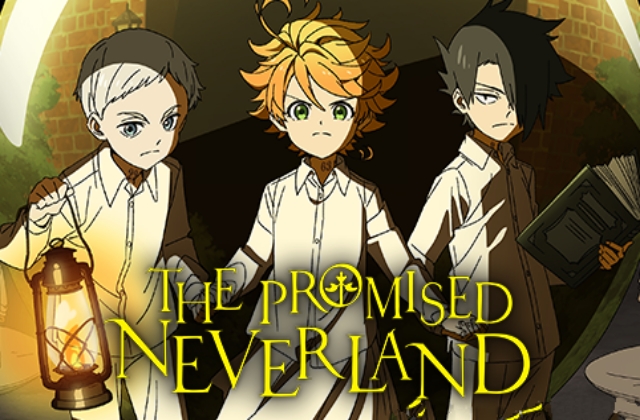 Photo by: The Promised Neverland/Facebook

“The Promised Neverland” chapter 154 is part of the manga series penned by Japanese writer Kaiu Shirai. It was illustrated by Posuka Demizu, and the story has been published in Weekly Shōnen Jump as a series since Aug. 1, 2016.

The animated version on TV was created, and it was first announced in the 26th issue of the anime magazine on May 28, 2018. It finally premiered in Jan. 11, 2019, and instantly gained lots of followers. In any case, the TV version’s second season was confirmed in March, and it will cover the anime’s chapters starting from chapter 28 and probably until chapter 67 to fill the 12 episodes.

In any case, the “The Promised Neverland” manga series is already in chapter 154, and it will follow the previous chapter titled “Coward.” The next story is getting more intense as violence heightens due to the fightings.

Nearing the end of the story

Another reason for the fast turn of events is because “The Promised Neverland” chapter 154 is already a preparation before the story reached the climax. As OtakuKart reported, the conclusion of the manga series is fast-approaching, so the current arc just keeps getting intense, and there’s no sign of slowing down.

“The Promised Neverland” chapter 154 will focus on the main conflict among the characters, and this will definitely lead to more fights as the narrative moves forward to the direction leading to the final arc of the manga series. This means that the fans can expect an all-out war to take place between the humans and demons, for the last time.

After “The Promised Neverland” chapter 154, it is predicted that Emma will have so much burden to bear as she will be caught in a conflict that left her torn because she wants to save both the humans and good demons that were only dragged into the messy war.

When she left Grace Field House Orphanage, her main aim was to save lives but at the same time, protect the innocent demons that originally has nothing to do with the chaos. She met Norman again, but she found out that they have different intentions now, but they still have to work together to fight the enemies.

Finally, as shared on ComicBook, the last few chapters will show the demons attacking the Queen, but they were not strong enough for her power, so they were killed. Norman's team defeated the Queen, but he still wants to conquer more. “The Promised Neverland” chapter 154 manga is coming on Oct. 11.