The NDP is MIA on bold labour proposals 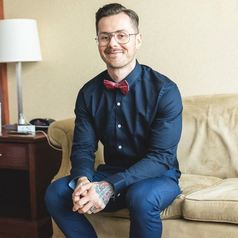 Many social democrats, progressives and others on the left have been approaching Canada’s federal election campaign with considerable apprehension.

According to the latest polls, the federal New Democratic Party is in a distant third place, its popular vote projection having declined slightly since May.

Poll numbers so far have put the NDP at below 15 per cent and if its popularity doesn’t rise over the next few weeks, the party is likely to lose most of its caucus and play a minor role in the next Parliament.

What’s going on with the New Democrats?

Without question, racism — whether explicit or implicit — has contributed to NDP leader Jagmeet’s Singh’s struggle to make headway with Canadian voters.

Public and media treatment of the first visible minority leader of a Canadian political party should have Canadians thinking seriously about the country’s purported multiculturalism.

But there’s also been a surprising lack of organization and mobilization by the NDP. While not entirely attributable to Singh himself, the difficulty the NDP has had filling each electoral riding with a vetted candidate hasn’t eased the party’s woes.

The NDP’s lack of bold proposals directed toward strengthening and rebuilding the labour movement — the party’s natural constituency — is striking. To be sure, the federal New Democrats have put forward some far-reaching policies, such as enlarging Canada’s health-care system to include dental, hearing and eye coverage, Pharmacare and mental health services.

But when it comes to the labour movement, the NDP has less to offer. This is particularly troubling when contrasted with persistent earnings and wealth inequality in Canada, and the related wage stagnation experienced by workers in the bottom 40 per cent of the income distribution since the 1980s.

It’s no coincidence that during this same time period, union membership rates have fallen from a high of 37.6 per cent in 1981 to just over 30 per cent today. Even this significant decline masks what has been a far more disconcerting weakening of unions in the private sector, where unionization now hovers at just under 16 per cent.

Given the role trade unions have historically played in diminishing economic inequality, there should be more in the NDP’s platform aimed at making it easier for workers to form or join unions and to expand the scope of collective bargaining.

A platform for labour?

Perhaps the centerpiece of the NDP labour platform is the call for a $15-an-hour federal minimum wage, officially announced by Singh on Labour Day.

There are two problems with this proposal.

First, because of the division between provincial and federal jurisdictions in Canada, where employment and labour law are mostly the purview of the provinces, a federal minimum wage would only cover approximately six per cent of workers in federally regulated industries.

Currently, there’s no minimum wage in the federal industries; federal employees in the private sector are covered by the provincial minimum wage legislation in place in whichever province they happen to work. So although it would be a progressive measure to institute a higher federal minimum wage, the policy would have a limited reach.

But it’s not clear how these proposals differ from what Justin Trudeau’s Liberals already introduced in 2018 through Bill C-86. These newest reforms to the Canada Labour Code — the legislation governing labour standards in the federal jurisdiction — already include a measure to help guarantee equal pay for equal work, regardless of whether an employee is full-time, part-time, contract or temporary.

The Trudeau government has also already signalled its willingness to make a number of positive reforms to labour standards in the federal jurisdiction, convening an Expert Panel on Modern Labour Standards in 2017 to hold public consultations and make recommendations to the Minister of Employment, Workforce Development and Labour.

Bill C-86 contains a number of labour standards improvements. They include paid personal leave days and additional vacation and vacation pay for employees with more than 10 years of service, and a “reverse onus clause” designed to place the burden of proof on employers in cases where workers claim to be misclassified as independent contractors.

On the industrial relations side, the NDP’s main proposal involves banning the use of replacement workers during strikes. Such “anti-scab” legislation has long been on the agenda of organized labour.

One important caution about anti-scab bills is that, while they ban companies from bringing in replacement workers, they do not necessarily stop companies from moving production out. Given the increasingly complex supply chains of our economy, outsourcing production during a labour stoppage is arguably a bigger problem for striking workers.

The rise of the “fissured workplace,” with sub-contracting, franchising and other forms of divided ownership structures, creates a fundamental mismatch between worksite-level bargaining units and the organization of contemporary businesses. As many labour experts have been pointing out, the only way to address these economic changes is through a system of broader-based sectoral bargaining, where unions bargain contracts to cover whole sectors, industries or regions.

Nothing of this order seems to be on the radar of the federal NDP.

Granted, the federated structure of Canada’s political system makes it difficult to roll out progressive legislation with a national impact, particularly when it comes to labour reforms. But a resurgent left in the United States and United Kingdom, growing inequality in Canada and a Canadian public seemingly open to progressive change present a promising political opening that the NDP is unfortunately squandering.

A template from Bernie Sanders

If the NDP is in search of an ambitious suite of labour proposals, they should look to Democratic primary candidate Bernie Sanders’ recently released Workplace Democracy Plan. It’s a veritable labour wish list for the 21st century economy.

The breadth of Sanders’ plan is remarkable, particularly when compared to the tepid NDP platform.

At a time when economic polarization has contributed to a revitalized left in other industrial democracies, the NDP appears conspicuously out of step.