'The Last of Us Part 2' release date, gameplay: Ellie is much fiercer but she won't be entirely heartless 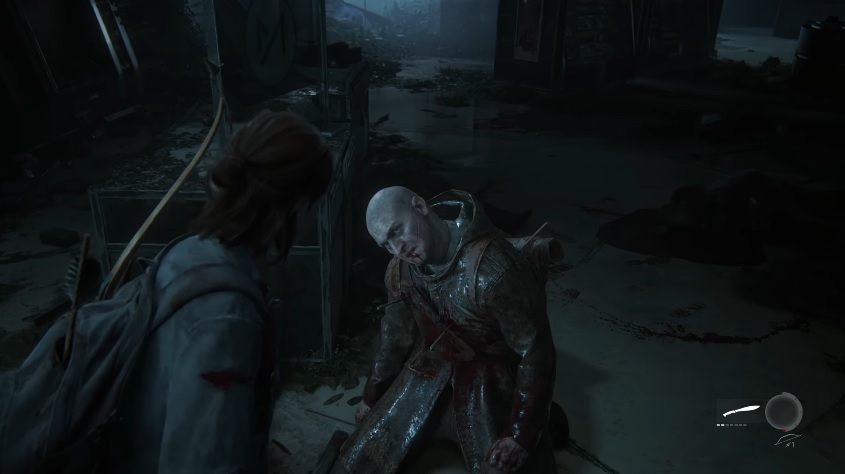 From “The Last of Us Part 2” E3 2018 trailer | Photo credit: PlayStation/YouTube screenshot

Naughty Dog’s video games are known for having very intricately written gameplay plots. This is why, aside from the game upgrades, many fans are excited to see how Ellie’s character will develop as she continues her journey in “The Last of Us Part 2.”

The trailers of “The Last of Us Part 2” have shown fans that Ellie is now more than capable of protecting herself. In the gameplay aspect, combat scenes will now feature mostly Ellie in bloody fights. But while making Ellie a much fiercer character, developers suggest that she will not be entirely heartless even toward her enemies.

‘The Last of Us Part 2’ gameplay: Ellie would not become a heartless killer

Developers of “The Last of Us Part 2” are aware of the critic that video games are becoming much more violent and graphic. While Naughty Dog does not appear to tone down this aspect, the game maker wanted to balance it by designing how every killing would affect Ellie.

“The Last of Us Part 2” co-writer Halley Gross said in the Official PlayStation Magazine’s December 2019 issue (via GamingBolt) that they want Ellie to remain a character with empathy. That is a tough line to walk on, considering how gory Ellie’s combat scenes have been in the gameplay trailers.

However, “The Last of Us Part 2,” developers figured out one ingenious solution. Every time Ellie goes up against an NPC and kills them, the NPC’s friends or family will scream their names in agony. “Ultimately, this is a story about the cycle of violence, right?” Gross explained. “But beyond that, it’s a conversation about the effects systemic trauma can have on your soul.”

‘The Last of Us Part 2’ release date updates

It should be noted that “The Last of Us Part 2” will be released only with the single-player campaign. Naughty Dog previously confirmed that the plans to bring back Factions, the game’s multiplayer mode, is put on hold. There have since been speculations that multiplayer and online could be launched at a later time.

Meanwhile, developers have also announced a change in the release date. “The Last of Us Part 2” will now go live on May 29, 2020, exclusively on PlayStation 4.