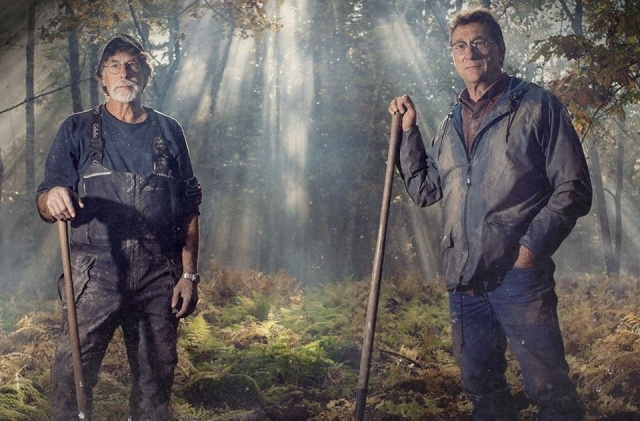 “The Curse of Oak Island” season 7 episode 20 is up next and it will be an exhilarating chapter as Rick, Marty Lagina and their team made new discoveries. The digging on the borehole OC-1 was carried out and although it seems promising at first especially when a big piece of metal was scooped up by the machine, the team was disappointed for it did not finish like they were hoping for.

Most probably, the most interesting discovery in the last episode is the finding of an ornately designed ring. It was aptly titled the “Lords of the Ring” and when it was tested, it was confirmed to have come from the 1700s and probably belonged to a woman. It was silver and based on the test; it looks like the owner tried to adjust its size which explains the part in the band that appears to be out of place.

The ring was found in the banks along the swamp by Rick Lagina and Gary Drayton. The ring was thought to be a piece of Spanish jewelry but they could not explore it much at the moment because winter is coming and they need to work fast before the place become inaccessible for them to dig.

Also, it turned out that the borehole OC-1, where they think is the exact location of the original Money Pit, did not yield much in “The Curse of Oak Island” season 7 episode 19 so they decided to move to another spot. Still, they were able to unearth fragments of human bones, some iron spikes and a wood which is part of a keg. It was the top or bottom part of a small barrel which they believe the Spaniards used to hold treasures instead of a treasure chest.

“The Curse of Oak Island” season 7 episode 20 has been titled, “Springing the Trap.” As the modern treasure hunters looking for a new spot to put the “cans” and dig, they went to Dave Blakenship’s house to get an idea. They went through his documents and found a map. The team agreed to dig on the area indicated in the document so the next exploration spot was decided already.

In the preview for “The Curse of Oak Island” season 7, episode 20, Gary found something that looks like a needle. Rick suggested it could be a nail but everyone says that it really looks more like a needle so they will have it checked.

“The Curse of Oak Island” season 7, episode 20, will be released on April 7 at 9 p.m. on History. Fubo Tv, Sling Tv, and Philo Tv, to stream the latest episodes. Fans who don’t have cable can view this episode on Hulu, Philo TV, Sling, Fubo, or Amazon Prime TV.