‘Sherlock' Season 5: Martin Freeman says they will be back if the new season is ‘really, really special’ 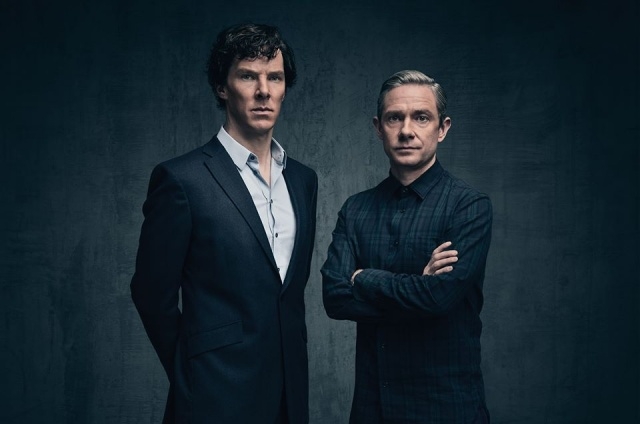 “Sherlock” season 5 is one of the most anticipated series but unfortunately, even up to now, it is not in production yet. It has been over three years now and there is no update from BBC yet so no one can blame the fans if they think that it has been axed already.

But then, is the show really over? The crime-detective show has been a favorite so obviously it has a lot of viewers so it can’t be said that it has been discontinued due to low ratings. The truth is, the problem of why “Sherlock” season 5 is not out yet is because its showrunners, Mark Gattis and Steven Moffat, have been given a new assignment by BBC and this was shortly after the fourth installment was completed.

Gattis and Moffat explain the delay

Fans are clamoring for “Sherlock” season 5 and both Moffat and Gattis know about this. This is why they clarified things whenever they will have an interview and asked about the series.

Firstly, Moffat said that he and Gattis have not talked about doing “Sherlock” season 5 yet so they have not decided whether to produce new episodes or not. BBC network also stated that it is up to the two showrunners if they will still make the fifth installment or not.

“I haven't really thought about it,” Moffat admitted to Digital Spy. “Mark has been doing other stuff as well, so we haven't sat down and had a proper talk about what we would do with another series."

But then Steven Moffat clarified in another interview that they are still willing to work on “Sherlock” season 5. He said that although it has been taking a long time, they have not closed their doors on “Sherlock” and he seems to have suggested that they will still do it any time provided that everyone’s schedules are free.

Martin Freeman’s statements on returning to the drama

Meanwhile, Martin Freeman is also busy and this is another reason why “Sherlock” season 5 has been put on hold. The actor noted that even Benedict Cumberbatch is busy with other projects but in his case, will he be returning to the drama?

“We couldn’t come back with something that was quite good. It would have to feel really, really special. It was that kind of show.”