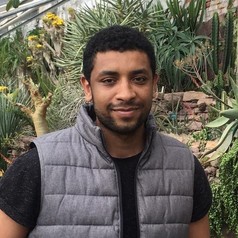 Puberty is a time of dramatic development for both boys and girls. Not only are those hormones raging, but there’s all the bodily changes to contend with.

Puberty is driven by the activity of sex hormones and its onset is announced by the appearance of, pubic hair, beards and breasts. Along with the dramatic hormone-driven changes to a child’s body, another defining features of puberty is the adolescent growth spurt – children become taller and eventually physically mature into adults.

For boys and girls this growth spurt generally happens at different ages. And there can be big differences as to when the growth spurt happens. For girls, rapid growth generally occurs around age eleven and a half years but can begin as early as eight or as late as 14 while for boys it generally happens a year or two later than girls. Children continue to get taller during their growth spurt until the ends of their long bones fuse and stop increasing in length, which happens around the end of puberty.

Children’s bones develop rapidly during puberty. And our new findings published in JAMA Network Open suggest that teens who have their pubertal growth spurt later could have more problems with their bone health in the future. In essence our research shows that the timing of puberty might influence or at least signal a child’s bone strength throughout adolescence and into early adulthood.

Our study is not the first to report a link between the timing of puberty and bone strength. A 2016 study of British people born in 1946 showed that children who had their growth spurt at an older age had lower bone density near the end of their forearm bone when measured decades later in old age, making them more likely to get a broken wrist.

More recently, a study of adolescents and young adults from Philadelphia showed that people who were genetically predisposed to later puberty had lower bone density at the spine and hips sites which are known to be susceptible to osteoporosis in later life. This is an ageing-related condition where bones lose their strength and become more likely to break.

Our study tracked the development of bone strength in a group of British children through to adulthood and found that teens who hit puberty at an older age tend to have lower bone mineral density which is a strong indicator of having weaker bones. We found that this continued to be the case for up to several years of their adult life.

We analysed data from more than 6000 children from the Children of the 90s study. This is a multi-generational study that has tracked the lives of a large group of people born in the early 90s around Bristol in the south west of England.

We made use of multiple bone density scans taken from each child to assess their bone strength across a 15-year period between the ages of ten and 25 years.

To calculate the age when the children went through puberty, we tracked each child’s height and used this information to estimate the age when each child went through the adolescent growth spurt. We then assumed that children that had their growth spurt at an older age must have started puberty later. As a check, we repeated our analysis in girls using the age they reported getting their first period as a different indicator of when they hit puberty and we came to the same conclusions.

Our research adds to the growing evidence that children who mature later may be at increased risk of breaking a bone as they grow and mature. And that they may also have an increased risk of getting osteoporosis later in life.

Of course, there are things people can do to strengthen their bones. But given our findings, it is clear there is now a need for bigger and more detailed studies into the very complex relationships between puberty, growth and bone development. Continuing to track the lives of the people in our study will be crucial if we are to discover how puberty might impact people’s bones as they go through adult life and eventually move into old age. This will help to further understand the causes of osteoporosis and ultimately help people to maintain healthy bones throughout their lives.