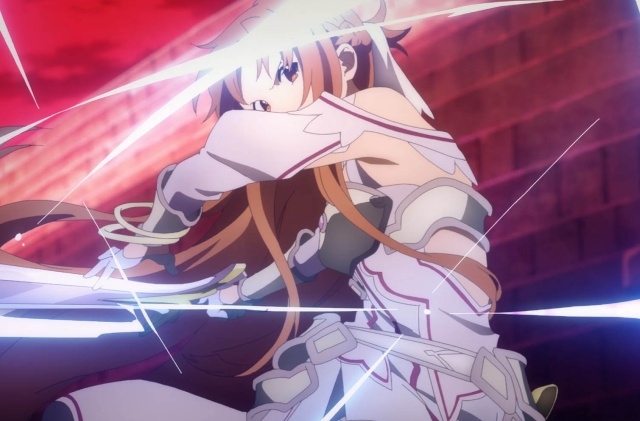 The second part of “Sword Art Online - War of the Underworld” is coming right up and this can be bittersweet because this would be the last season. The anime has been delayed and the waiting has been extended for almost three months due to the coronavirus pandemic.

As most fans already know, “Sword Art Online - War of the Underworld” part 2 was supposed to be released on April 25 but the date has been moved. But the good news is - it is already on its way back to the small screen so followers of the show will now find out what happens next to Alice and the Underworld.

The “Sword Art Online: Alicization - War of Underworld” chapter 13 titled “Ray of Light” was aired in December. Fans saw Alice being captured by Vecta since his intention was to bring the Princess of Light to the administrator.

The Underworld is also in chaos as American gamers from the real world were tricked into joining the battle to destroy the Artificial Fluctlights by granting them Dark Knight accounts. The intense battle started when the final load test started and the Human Empire’s eastern gate has collapsed.

Gabriel who is now known as the villain Vecta ordered thousands of army belonging to the Land of Darkness to advance to the Human Empire and kill everyone there. On the other hand, Asuna gets into the virtual world and warned everyone that the red knights are people coming from the real world.

The integrity knights were unfazed by the information but this pushed them to be stronger instead. They feel that they can deal with the red army since they are unskilled players and their only advantage is their large number.

In the upcoming “Sword Art Online: Alicization - War of Underworld” part 2, Kirito finally wakes up, and certainly, he will help the Integrity Knights and the Underworld to defeat their foes. He is also expected to face Vecta while saving Alice at the same time.

Kirito is the only thing that they need to topple down the dark knights and its leader and now that he is back, there is nothing to fear. He will defeat them for sure with the help of the Integrity Knights and Asuna. Meanwhile, “Sword Art Online: Alicization - War of Underworld” part 2 is coming back on July 11 as posted on the anime’s FB page.