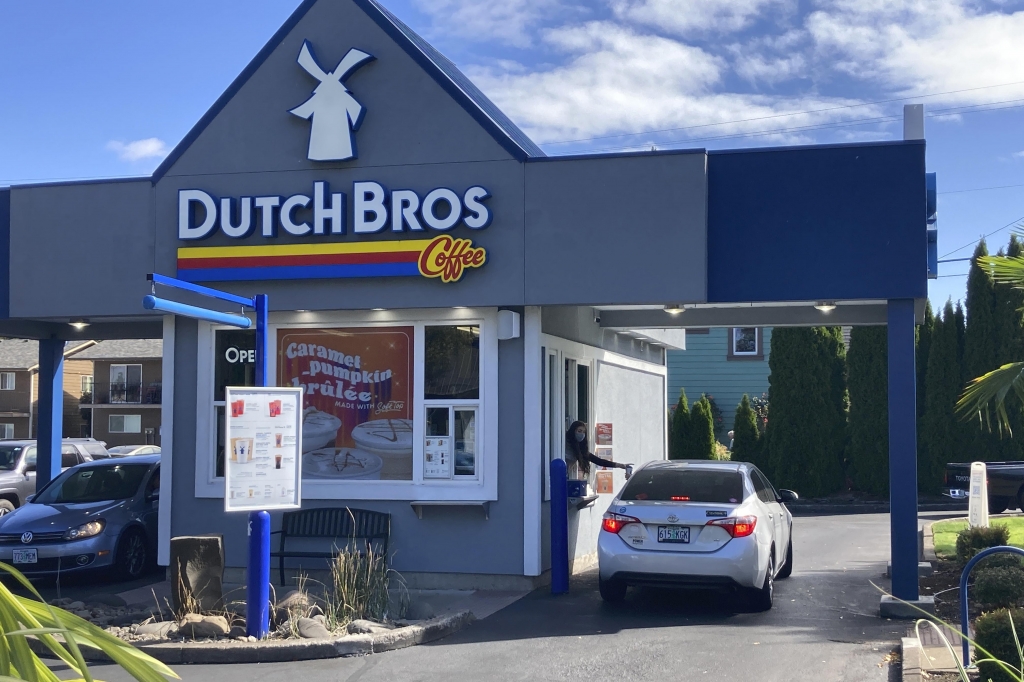 Dutch Bros. latest sales numbers show that its outperforming Starbucks and Dunkin', the two largest coffee chains in the US, in terms of same-store visits and overall sales.

Data from Placer.ai shows that visits to Dutch Bros. increased 113.8 percent as of September 2021 than they had in October 2019.

Meanwhile, Dunkin' enjoyed an 11.9 percent increase and Starbucks suffered a 1.8 percent decrease during the same period.

There are currently over 470 Dutch Bros. locations, with more on the way.

It was during the coming of COVID-19 that Dutch Bros. stood out as a threat to Starbucks and Dunkin'.

According to Placer.ai, visits to Starbucks and Dunkin' plummet by a significant 60 percent in April 2020, while Dutch Bros. visits only dropped by 11.4 percent.

The modest drop was attributed to the chain's well-established drive-thru business model, which allowed minimal customer contact during transactions.

In the spring and into the early summer of 2020, Dutch Bros. saw its customer traffic surge by over 50 percent, while visits to Starbucks and Dunkin' remained below pre-pandemic levels.