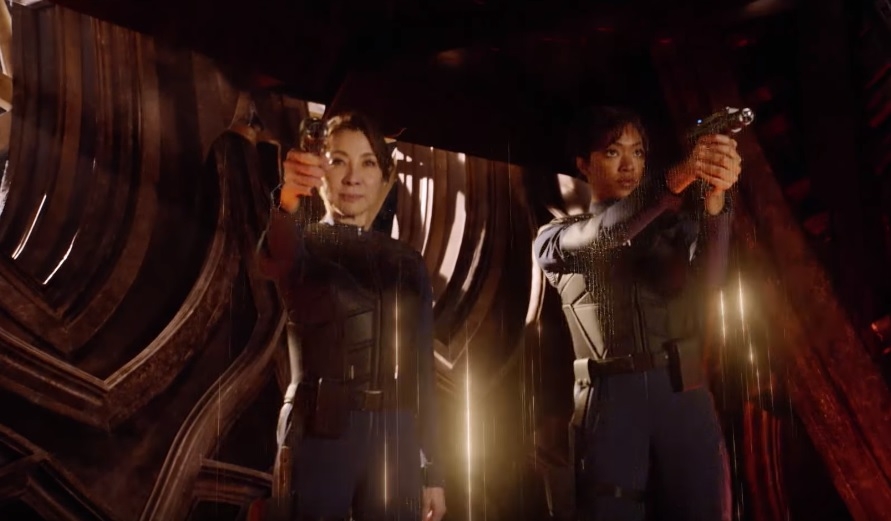 From the official trailer of "Star Trek: Discover" | Photo credit: Netflix via YouTube

In fact, “Star Trek: Discovery” season 3 was greenlit over a month before season 2 concluded. The news was confirmed by various sources. In a statement via Variety, CBS All Access vice president of original content Julie McNamara confirmed Alex Kurtzman and Michelle Paradise will be running the show. “With Alex Kurtzman and Michelle Paradise at the helm, we look forward to continuing ‘Star Trek: Discovery’s’ journey, growing the ‘Star Trek’ franchise on CBS All Access and bringing fans new ‘Star Trek’ stories for many years to come,” said McNamara.

The schedule of the show’s production in past years have not been consistent. And it was the rumored reason why its original showrunner, Bryan Fuller, left the show. In the middle of season 2’s production in 2018, then show bosses Aaron Harberts and Gretchen J. Berg also left the series reportedly due to intensifying creative differences in the writers' room paving the way for Kurtzman to be promoted as showrunner. The drastic changes, luckily, did not delay the 2019 release date of the second installment. Will there be any more production changes in “Star Trek: Discovery” season 3?

Technically, there is a slight positive change. As mentioned, Kurtzman will share the responsibilities in “Star Trek: Discovery” season 3 with Paradise. Kurtzman appears confident that Paradise will be a significant addition to their team, according to a statement to Deadline. “Her grasp of character and story detail, her drive and her focus have already become essential in ensuring the ‘Trek’ legacy, and her fresh perspective always keeps us looking forward,” Kurtzman said.

Since the second season has just completed, the exact release date of “Star Trek: Discovery” season 3 is still unknown. But based on the production time frame for seasons 1 and 2, the best fans could hope for is an early 2020 premiere.