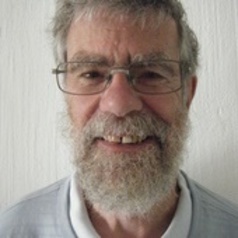 The general election in South Africa in May conveyed mixed messages: one was that democracy is maturing, the other that it is failing.

The good news was that this was very clearly an outcome of a discerning electorate displaying a nuanced sense of realism. The contrary interpretation is that the results show democracy in the country is being hollowed out. There were worrying signals that voters feel the established political system is failing them.

Voter enthusiasm and trust in the governing African National Congress (ANC) continued to decline. It now stands at its lowest point since 1994. The main opposition Democratic Alliance’s (DA’s) vote fell back rather than increasing for the first time. Both parties lost votes to the Economic Freedom Fighters (EFF), whose democratic and non-racial values are questionable.

Careful analysis by Collette Schulz-Herzenberg in a soon to be published book, Election 2019 South Africa: Change and Stability in South Africa, shows that an estimated 9 million citizens were not registered to vote. Most worrying is that registration was lowest among younger citizens (in the 18-29 year old category), and that this recorded a sharp drop from 58% in 2014 to 49% in 2019.

Worse, the falling levels of voter registration (down from 78% in 2014 to 75% of the voting age population show a decline in the capacity of the Independent Electoral Commission (IEC) to perform its basic functions – to register voters and to administer the electoral process with efficiency, integrity and independence. More alarming than the technical glitches which occurred in some areas on polling day has been the failure of the registration process to keep pace with the expanding population.

The books shows turnout of registered voters on election day has fallen from a high of 89% in 1999 to just 66% in 2019. Although this does not compare badly with elections elsewhere globally, it suggests a growing sense of alienation from the political system.

This is especially so among the young and poorer citizens. In short, the election’s result endorses other evidence that trust in South Africa’s constitutional settlement and its political institutions is steadily declining.

The optimistic perspective notes that these were the country’s sixth democratic elections, and that they passed off remarkably smoothly given the languid state of the economy and the extent of social ills. Furthermore, they did so peacefully.

True, the IEC’s performance fell below its accustomed standards. But, the irregularities which occurred were the result of administrative shortcomings rather than any political motivation. There was little substantive evidence that the elections were anything but credible, free and fair.

Most importantly, in a world where political polarisation is proceeding apace, South Africans opted largely for the political centre rather than for parties which preached extremes. Even so, voters proved adept at sending strong messages to the political parties, large and small.

Although the ANC was returned to power, it was punished for its record over the previous five years. Its percentage of the total vote fell from 62% in 2014 to under 58%. Voters also showed their discontent with what many saw as the DA’s unconvincing performance. Although it was confirmed as the leading opposition party, its share of the vote was also reduced, down from just over 22% in 2014 to less than 21%. This is a poor outcome given the dismal performance of the economy under the ANC, along with the perpetual corruption scandals that have rocked the governing party.

In short, the large majority of those who voted opted for parties of the centre and gave short shrift to the political extremes.

The radical-populist EFF managed to establish itself firmly as South Africa’s third major party, and increased its vote (from 6% to just over 10%). But its success fell far short of its hopes and expectations. This suggested that its policies and demeanour enjoyed only limited support.

Likewise, although there was a drift of white voters away from the DA to the Freedom Front Plus, there was no undue cause for alarm. Its rise seemingly points more to a reassertion of Afrikaner discontents, rather than any ideological drift to the political right.

Voters also shunned the array of latecomers that had made their appearance in the weeks and months prior to the elections.

This suggests that, despite myriad voter dissatisfactions, the established party system has relatively firm foundations and will not easily be undermined.

It’s possible to look at the election through a negative lens.

What will happen if these trends continue? Will declining enthusiasm for South Africa’s established party system result in declining enthusiasm for democracy? Are South Africans spurning the democratic electoral process and becoming indifferent to formal politics? Does this imply they are moving in a direction which could see them swinging behind populist-authoritarian parties and movements of doubtful democratic credentials, as is happening in so many countries elsewhere?

The easy answer to all of these questions is that we simply don’t know. It is tempting to regard the glass of South African democracy as half full. Equally, it is wise to regard the same glass as half empty. Yet how we interpret the election cannot be simply a matter of free choice: both optimistic and pessimistic interpretations tell us much about the present state of South African democracy.

One interpretation, which is consistent with this, is the recognition that South Africa continues to be a country of insiders and outsiders. Formal citizenship is accorded to all by birthright. But the substance of that citizenship depends upon individuals’ access to opportunity (“life chance”) – a decent upbringing, home, schooling, job and livelihood.

The hypothesis that forms is whether South Africa’s democracy is for insiders only, and that outsiders are increasingly regarding it as irrelevant to their concerns. If this is true, then South Africans need to be seriously worried: the quality of their democracy will ultimately depend upon the extent to which it manages to bring all within its tent.