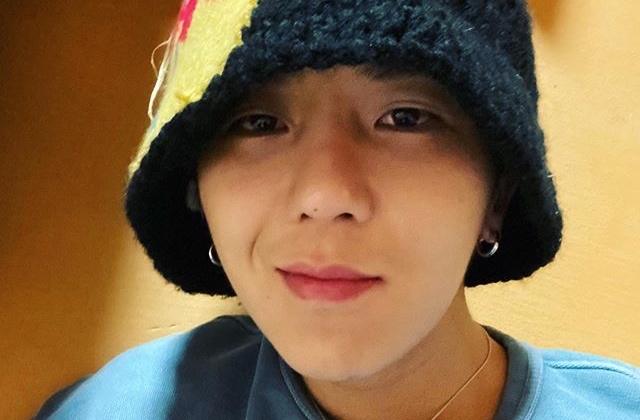 Song Mino is known to be one of the members of YG’s WINNER boy band. He is the team’s rapper who also has talents in singing and dancing. It seems that he has added a new skill to his resume when he officially debuted as an artist painter.

This week, Song Mino shared photos of his artworks being put up for display in London’s Saatchi Gallery. It turned out that he was able to qualify for the exhibit and now his paintings are up in the said gallery.

On his Instagram, the 27-year-old idol singer posted some photos of the gallery and the paintings he submitted. He simply captioned his posts with “#Saatchi, #StartNet and #Korean Eye.” With this achievement, Song Mino now joins the list of celebrities who are expressing their artistic talents through the canvas and brushes.

On TV, Song Mino displayed his painting skills many times. On “Journey to the West” variety show alone, he made paintings and sketches on the spot and this really captured the attention of not just his co-stars but the viewers as well. In December 2019, his works were also included in the Special Exhibition for Emerging Artists at the Seongnam Arts Center’s 808 Gallery.

Sports Kyunghyang reported that the WINNER member’s paintings that were displayed in London were acrylic on canvas. It was revealed that Song Mino’s works were exhibited as part of the “Korean Eye 2020: Creativity and Daydream” exhibit in the STARTnet art fair project.

This is the first time that a painting by a Korean singer was exhibited in Saatchi Gallery, a contemporary art museum that was launched in 1985. The place is well-known and recognized in the world of contemporary art around the world.

“In my paintings, I use the harmony of shapes and colors as a way to capture the fleeting emotions that one cannot express through words,” the publication quoted the singer as saying. “In this day and age, I feel that language itself cannot function in its right form.”

Finally, Song Mino added, “I wanted to express momentary emotions that cannot be expressed in words using the harmony of shapes and colors.”