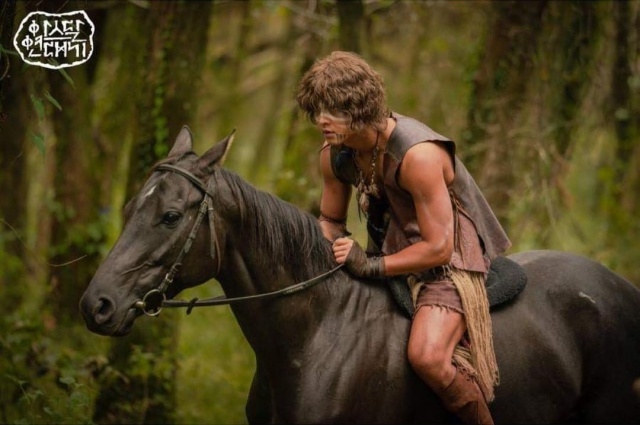 Song Joong Ki’s much-awaited comeback drama is drawing so much attention most especially after tvN released the first official trailer of “Arthdal Chronicles.” Song Hye Kyo’s husband is appearing in a fantasy drama for the first time, and his character seems to suit him nicely. It is also apparent that the actor prepared for his role by working out to build up his frame.

Joong Ki is returning on the small screen via “Arthdal Chronicles,” three years after “Descendants of the Sun” concluded. The drama shot the actor to global stardom, and although his roles in the mentioned dramas are different, they gave the same vibe of heroism and dedication in serving their country or tribe.

Soompi noted that this is the first Korean drama to feature a plotline about ancient civilization. It was said that it would run for three seasons as the production team will divide the drama into three parts. They looked for a way to narrate the story to the viewers from beginning to end without cutting scenes to fit into just one season, so it was decided to relay the story in three parts, and they will be “Part 1: The Children of Prophecy,” “Part 2: The Sky Turning Inside Out, Rising Land” and “Part 3: Arth, The Prelude to All Legends.”

There will be six episodes in each season, so it means Song Joong Ki’s “Arthdal Chronicles” will present 18 episodes in all. Commenting on how they work on this epic drama to date, the production team said, “We did our best to depict the intense feeling of the city Arthdal, which will play a key part in ‘Arthdal Chronicles.' See how the drama will portray the lives and fate of ancient civilization and ancient humanity, which were only feasible in our imaginations.”

Meanwhile, Joong Ki’s drama has been compared to “Game of Thrones,” and with its scale and plot, it is being labeled as the Korean version of HBO’s blockbuster show that was based on George RR Martin’s “A Song of Ice and Fire” book series. As per KStar Live, similar to “GoT,” “Arthdal Chronicles” has a big budget amounting to KRW40 billion or US$34 million so this is really a huge project.

Song Joong Ki will be back on TV this June 1 as “Arthdal Chronicles” premieres at 9 p.m. KST on tvN. Netflix will also launch the drama for worldwide viewing.