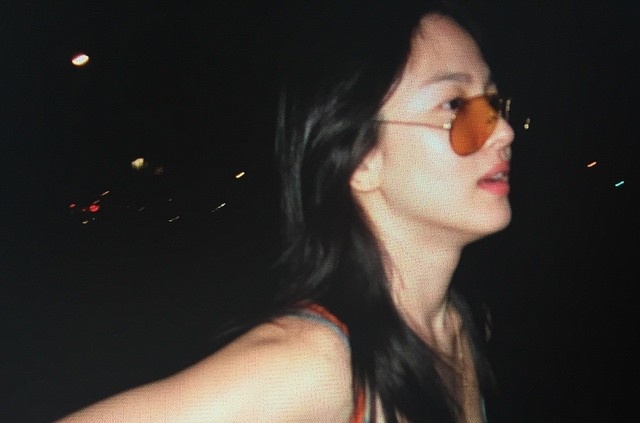 Song Hye Kyo and Song Joong Ki are officially divorced, and while they appear to be moving on with their lives already, it seems that the people are not yet ready to let them go. This is because most people are still looking at them like they are still a couple while they have already broken up.

In fact, their every move is being scrutinized, and seeing them in public is also making the news. Just recently Song Hye Kyo attended the New York Fashion Week, and she was one of the audiences at the Ralph Lauren runway.

According to Nate News via Allkpop, Hye Kyo appeared in a white suit at the event, and she was seen smiling all the time. The netizens bashed her and left many comments like “I really don’t like her” and “She looks different after divorce.”

Most of the comments were also about her appearance, and they said that Song Hye Kyo looks like a middle-aged woman. They also compared Song Joong Ki’s young-looking appearance to her “aged” looks.

This is not the first time that the “Descendants of the Sun” actress was bashed after her separation from Joong Ki. In the weeks following the filing of their divorce papers, she attended many social gatherings and looking all elegant, but people were saying that it seems the divorce is nothing to her after all and she’s not even taking a break.

In another news, it was suggested that Song Hye Kyo might be stalking her ex-husband Song Joong Ki. Oriental Daily via Malay Mail reported that some folks on Instagram think that the actress is stalking her husband thus it looks like she has not moved on yet.

Based on the story, a fan with the Instagram user name of “realkiaile” posted a photo of Joong Ki on Insta story, and some fans noted that Hye Kyo checked out her ex’s picture. This made people think that all this time, she is still checking out his photos online, and they deduced that she can’t let go of her husband yet.