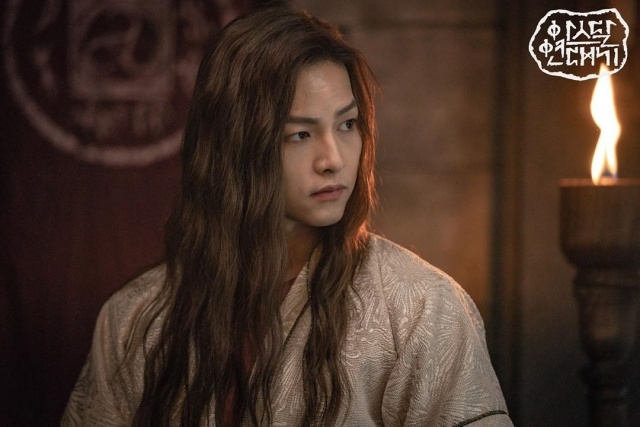 Song Joong Ki and Song Hye Kyo are slowly moving on from the break down of their marriage. The two of them quietly went back to work since their divorce was finalized in July.

While the actress never really stopped working since her separation from Joong Ki was announced, she became more active after she and her ex-husband finally settled everything. They agreed to separate without alimony and division of their assets; thus, their case was closed in less than a month after the papers were filed at the Seoul Family Court.

On his first comeback since the divorce, Song Joong Ki was seen in the third part of “Arthdal Chronicles” that premiered on Sept. 8 on tvN. The teasers looked very intriguing that the viewers did not miss the premiere and it recorded an increase in viewership ratings since the season 2 finale, as per Newsen.

In the drama, fans will see Tan Ya (Kim Ji Won) become the head of the White Mountain Tribe after it was proven that she is truly a descendant of the gods of Arth. Before the discovery of her identity, Tagon (Jang Dong Gun), Taealha (Kim Ok Bin) and Sa Ya (Song Joong Ki) turned Tan Ya into a slave, but now she is as powerful as them.

“The point where the nature of the relationship between Song Joong Ki and Kim Ji Won from Part 2 changes due to the shift in power will be one of the key factors that will make Part 3 more interesting,” Soompi quoted the drama execs as saying. “Due to the passionate acting of Song Joong Ki and Kim Ji Won, viewers will feel more like they are part of the drama than ever before.”

As for Song Hye Kyo, she doesn’t have a follow-up yet to her drama with Park Bo Gum titled “Encounter.” Then again, she is busy with endorsements of products she’s promoting in and outside of South Korea. In between her schedules she also goes on trips with her friends and in fact, she was spotted in Italy with her pals just a few weeks ago.