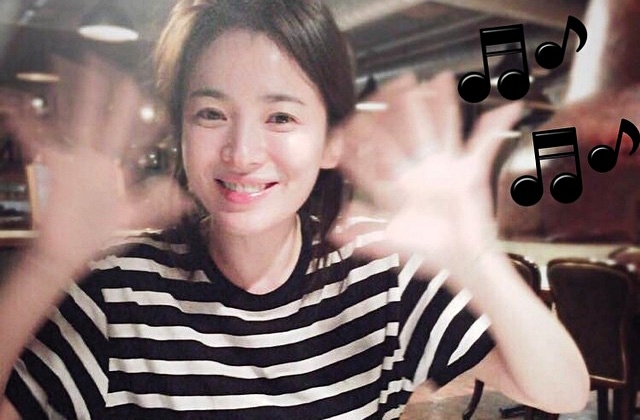 Song Hye Kyo is likely to return to small screen sooner than expected. She recently got an offer to star with Joo Ji Hoon for the legal-themed drama called “Hyena,” and Song Joong Ki’s wife may confirm her new project soon.

According to South Korea’s Ilgan Sports, Hye Kyo’s role will be very different from her last two dramas “Descendants of the Sun” and “Encounter” as this time, she will be a hotshot lawyer who only work for clients belonging to the upper class, the top one percent of the population to be exact. On the other hand, Ji Hoon is also a lawyer, but it was not stated how their characters are related to each other.

Allkpop added that KBS2’s “Hyena” is not a typical legal drama because the lead cast, Song Hye Kyo (Jung Geum Ja) and Joo Ji Hoon (Yoon Hee Jae) are the types of lawyers who do not exactly fight for justice, but they will also do everything to win a case, even if they are representing a bad guy, as they need to survive.

In other words, they Hye Kyo and Ji Hoon put more importance on money and success rather than finding real justice for the victims. They will go over the boundaries of the law, ethics, and corruption just to win - no matter what it takes. Likewise, Jung Geum Ja and Yoon Hee Jae have brilliant minds. However, they use it to advance and put more cash in their bank accounts, and ignore morality altogether to achieve their goals.

This will be Song Hye Kyo’s follow-up drama after doing “Encounter” with Park Bo Gum. As expected, her comeback drama did so well, and it maintained good viewership ratings throughout its airing period. Meanwhile, Key East Entertainment will produce “Hyena” and based on the initial report, it will premiere this November.