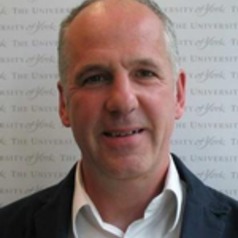 If a patient has signs or symptoms of cancer, a GP would refer him or her to a specialist. You might think every patient suspected of having cancer would be sure not to miss this visit to an oncologist, but our latest research shows that more than 5% of patients cancel or don’t turn up for these crucial appointments. An appointment could confirm cancer, but equally, it could rule it out.

Non-attending patients tended to have more advanced disease when their cancer was confirmed, suggesting they had been slower to make the GP appointment that resulted in a referral to a specialist.

Cancer outcomes in the UK have improved greatly over recent decades. People with cancer now live longer and have a greater chance of the disease being successfully treated. These improvements are because treatments are better and cancers are being found and diagnosed sooner.

In the UK, quicker cancer diagnoses have happened partly through shortening the time between patients’ first report of symptoms and the diagnosis being made. In 2000, the NHS introduced a two-week-wait policy which, as the name suggests, aimed to ensure that people who may have cancer are seen by a specialist within two weeks of a GP referral.

The UK’s National Institute for Health and Care Excellence (NICE) recently changed the two-week-wait policy, lowering the threshold at which a GP should refer a patient to a cancer specialist. For example, under the new guidelines, GPs should now refer patients aged over 40 with unexplained weight loss and abdominal pain, thereby increasing the referral of more patients with non-specific symptoms that could be cancer.

In England there are now 1.9 million two-week-wait referrals each year and 48% of all cancers in the UK are diagnosed through this route. Most other cancers are identified through emergency hospital admission or screening.

Lowering referral thresholds has identified more cancers - the planned outcome – but it has also reduced the chance that a referred patient will actually have cancer. The rate of cancer diagnosis is 9% among patients referred under two week wait, which means that GP referrals are used to rule out cancer in most patients.

Lowering the cancer referral threshold creates two problems. First, more patients having a period of worry between GP referral and the hospital appointment. Second, for GPs, the difficult task of communicating two pieces of potentially conflicting information to patients. One, that the referral is important, and two, that most referred patients will not have cancer.

Reasons for not attending

Our statistical analysis showed that people who were least likely to attend their hospital appointment were men, the very young and the very old, patients with particular types of suspected cancer (especially gastro-intestinal cancer), people living far from the hospital, and people from poorer parts of the city.

The interviews revealed several reasons for not attending appointments. They included patients having several health problems or many other competing demands, patients finding it difficult to navigate the appointment system, being afraid of the diagnosis, and expecting diagnostic tests to be unpleasant or embarrassing. And, surprising as it may seem, some people didn’t see a possible cancer diagnosis as the most important thing in their lives.

All cancers, except for melanoma, are more common in lower-income groups in the UK. People from higher income groups also live longer after cancer is diagnosed. Poverty affects health behaviour in different ways, both directly (for example, not having enough money to pay for a prescription) and indirectly (for example, valuing your life less than other people’s). Many practical, financial and health demands on lower-income patients can influence how important they see the hospital appointment to be.

Patients failing to attend urgent referral appointments have caused great concern among GPs and hospital staff, partly about the cost of wasted staff time, but also because of the health of these patients, who had symptoms when the GP referred them.

We need to find solutions to this important problem, such as GPs ensuring that patients understand the appointments system and the importance of attending, and reassuring patients about possible diagnostic tests. Contacting and re-booking non-attenders must also be a priority.

A greater challenge is to ensure that patients don’t delay reporting symptoms to their GP. Our research suggests that patients who delay may be at greater risk of not attending their hospital appointment, so GPs could stress the importance of attendance in those patients especially.