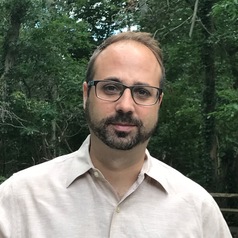 But as social networks refine their policies and update algorithms for detecting extremism, they overlook a major source of hateful content: gun talk.

As a researcher of online extremism, I examined the user policies of social networks and found that while each address textbook forms of hate speech, they give a pass to the widespread use of gun rhetoric that celebrates or promotes violence.

In fact, the word “gun” appears but once in Facebook’s policy on “Violence and incitement” to bar the manipulation of images to include a gun to the head. And neither “guns” nor “firearms” are mentioned in Twitter’s policy on “Glorifications of violence,” or YouTube’s guidelines on “Violent or graphic content” or within any of these networks’ rules on hate speech.

Gun talk as a threat

On Facebook, a group called White Lives Matter shared a post that reads, “Don’t allow yourself or your property to become a victim of violence. Pick up your weapon and defend yourself.” Another user posted the picture of a handgun beneath the message, “I never carried a weapon, never needed it, but I have changed my mind and will apply for what I deem necessary to handle things my way … Tired of all these BLM idiots looters.”

While nearly every social network works to identify and prohibit violent speech, gun groups have managed to evade censure. One such Facebook community gleefully taunts protesters with the prospect of retaliation by firearm. They share a meme of a stack of bullets surrounded by the caption, “If you defund the police you should know, I don’t own any rubber bullets.”

Twitter users have also exploited that network’s lack of restrictions on gun talk. Hashtags like #GetYourGuns and #2ndAmendment appear in political statements made against the police and protesters alike. A recent video of a police officer punching a suspect behind the wheel is the subject of a tweet that promises in turn, “We will take action into our hands. #getyourguns.”

Another tweet citing #guns features the viral video of a Florida sheriff warning that the people of his county “like guns” and “will be in their homes tonight with their guns loaded.” He continues, “And if you try to break into their homes to steal, to set fires, I’m highly recommending they blow you back out of their house with their guns.” The same video trends across TikTok and Facebook where one gun group concurs, “I couldn’t agree more!”

These examples do not disseminate racial slurs or direct violence, but they do allow users to stoke hostilities in a way that is accepted by social networks. And the mixture of culture wars and gun talk can be a dangerous concoction, as made evident by the Instagram posts of the 19-year-old assailant who later killed 17 people at a Parkland, Florida, high school in 2018. The AR-15 that he used in that shooting was the frequent subject of his social media posts that accompanied rants about illegal immigrants, African Americans, Jews and law enforcement.

The debate over online gun rhetoric is not new to Silicon Valley. In 2018, streaming services like Amazon, Google and Roku were the subject of a high-profile boycott campaign, led by anti-gun advocates. The campaign called upon streaming services to stop hosting the online channel of the National Rifle Association, NRATV, citing its frequent use of “hateful rhetoric.” One such video opens with scenes of an NRA spokesman in the midst of target practice as he unleashes a diatribe centering on riotous protesters and “obstructionist politicians.”

My study found that NRATV dedicated the overwhelming majority of its content to denouncing liberal groups, media and movements like the Women’s March. Coupled with the gun lobby’s core message that Americans should arm themselves, anti-gun groups felt NRATV was producing “violence-inciting programming.”

But companies like Roku felt the content had not violated their terms of service. The #DumpNRATV campaign ultimately lost steam, but found a form of success when NRATV was later forced to suspend its operation over financial issues. However, its videos still stream on YouTube and Twitter.

President Donald Trump’s social media presence also looms heavily over the debate about social network policies regarding violent content. Even as the president’s social media accounts have, at times, featured acts of physical harm done to others, social networks have been reluctant to act. But that may be changing.

During the nationwide protests, President Trump recently tweeted, “When the looting starts, the shooting starts.” Twitter had evidently seen enough. The network placed a public notice on the tweet, replacing it with the message that it had “violated the Twitter Rules about glorifying violence.”

Still, gun and shooting references continue to proliferate across the contentious political exchanges on social networks. For companies like Facebook and Twitter, incorporating guns into their policies that prohibit hate and violence is a risky prospect. Restrictions on gun talk could open the door to a maelstrom of criticism from gun lobbies, politicians, and Second Amendment advocates. But short of taking that political risk, social networks will have to design new algorithms to interpret the true meaning of hashtags like #GetYourGuns and #Shoot2Kill.