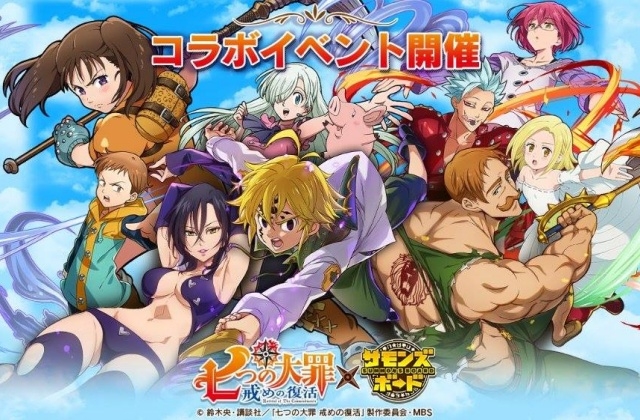 “The Seven Deadly Sins” season 4 will finally be returning after a 3-year wait. Yes, it was on hiatus for three long years, so this chapter is really anticipated. But then again, to compensate for the long delay, fans will be treated to a longer season as it was reported that Netflix would air more than 20 episodes.

According to The Cinemaholic, “The Seven Deadly Sins” season 4, which is also known as “Nanatsu no Taizai” in Japan, has been renewed. The renewal was revealed in an unusual way as it was mentioned in chapter 310 of the manga series rather than having it officially announced.

Based on the released details, “The Seven Deadly Sins,” season 4 has been titled “The Seven Lethal Sins: Wrath of the Gods.” The sad part is that it was rumored that there would be just one more season after this, and the entire anime series will conclude. The reason is - the manga version jas already ended in July.

“The Seven Deadly Sins” season 4 will show Princess Elizabeth trying to restore peace in her homeland. They have not been in harmony for almost 10 years, and everyone wants to experience peace once again. Furthermore, she thinks that with the assistance of the holy knights will greatly help them achieve the harmony that they had been longing for in the kingdom.

“Seven Deadly Sins” season 4’s official synopsis reads: “The story picks up 10 years after a group of Holy Knights staged a coup against the King of Liones, which led to Princess Elizabeth embarking on a mission to seek out the very knights, The Seven Deadly Sins, who had been on the run for the past 1000 years.” In addition, “With their help, Elizabeth believes she can restore peace and prosperity back to her kingdom.”

“Seven Deadly Sins” season 4 will also tackle the story arc involving Camelot and its dominions. The angle about Zeldris and the disappearance of King Arthur are also expected to be featured.

The fourth season of “Seven Deadly Sins” may be released in July or August 2020, as predicted by What’s on Netflix.