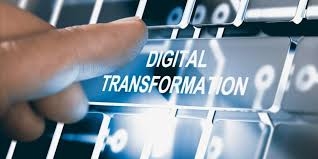 Saudi Arabia’s Vision 2030 blueprint for economic and social reform relies on technology as a key driver.

The findings were based on a World Economic Forum report that analyzed the progress countries made in the last three years.

According to Philip Meissner, founder of the European Center for Digital Competitiveness, which compiled the study, the standouts have clear strategic visions that were swiftly implemented and invested a lot in startups, future technologies, and innovation.

Saudi Arabia’s Vision 2030 blueprint for economic and social reform relies on technology as a key driver.

The Kingdom is reducing its reliance on the oil industry by investing heavily in global technology companies while encouraging its citizens to pursue careers in the sector.

The report noted that Saudi Arabia launched its “ICT Strategy 2023” in 2018 to transform itself into a digital and technological powerhouse and that it allocated $500 billion for its smart city project NEOM to highlight aspirations toward the “Saudi Vision 2030.”

Saudi Arabia was the top digital riser among G20 countries, with India and Italy felling significantly behind.

The Middle East performed well with nine out of 14 countries improving in digital competitiveness.

Morocco improved the most in the "ecosystem" dimension, while Saudi Arabia was most improved in the "mindset" dimension.