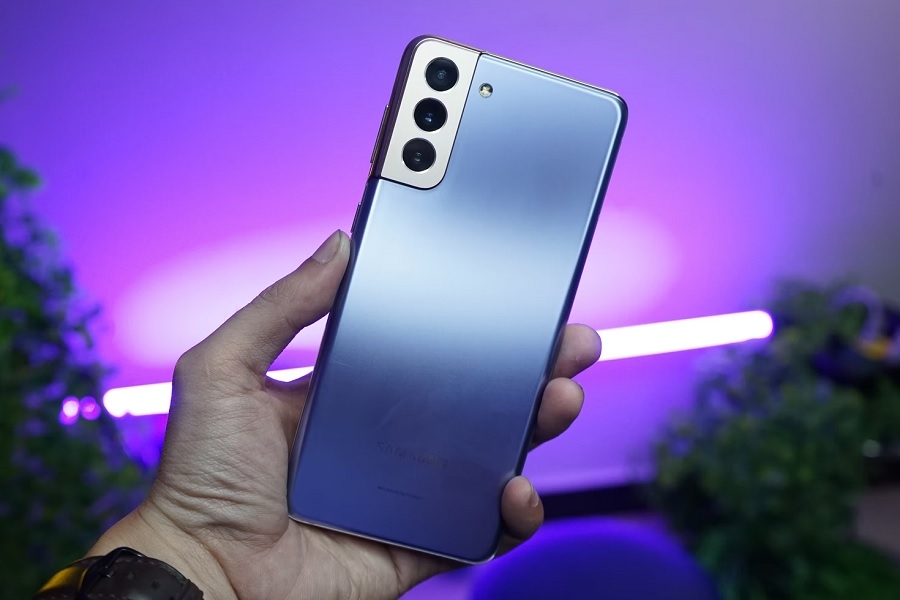 Samsung customers looking forward to the next “Fan Edition” phone will be delighted to know that the alleged hands-on photos of Galaxy S21 FE have leaked. While it is not an official confirmation yet, it adds weight to the mounting reports that the device is not canceled and will be released soon.

The first renders of the Galaxy S21 FE appeared in the wild earlier this year, but this is the first time that Samsung fans are seeing how the phone would look in the real world. Twitter user @Abhisheksoni130 shared several images recently that he claimed to be showing the mid-range phone’s appearance.

The hands-on photos look identical to the renders leaked by OnLeaks last April and 3D models shared by Evan Blass in August. That means the Galaxy S21 FE will likely appear similar to the standard Galaxy S21 phone.

However, the earlier renders provided a closer look into the upcoming device’s camera bump. At a glance, it appears similar to the contour cut layout in the flagship series. But the renders suggest the Galaxy S21 FE will not use the same design element and will only have a conventional camera bump that only mimics the contour cut’s appearance.

Other design details shown in the latest leak are just as Samsung fans would expect. For example, the front camera is placed in a hole-punch cutout in the top center area of the display. The same source notes the Galaxy S21 FE will have a metal frame, but its back cover is made of plastic.

The unit pictured by @Abhisheksoni130 is reportedly a variant shipping to the United States, and it is powered by the Snapdragon 888. But there have been reports that there will be an Exynos variant of Galaxy S21 FE for some regions. The leaker said the device supports a 120Hz refresh rate, has no headphone jack and SD card slot, and features an in-display fingerprint sensor.

The Galaxy S21 FE reportedly sports a triple camera in the back with two 12MP and 8MP lenses. For selfies, the device has a 32MP camera. Samsung is rumored to unveil the phone in January 2022.