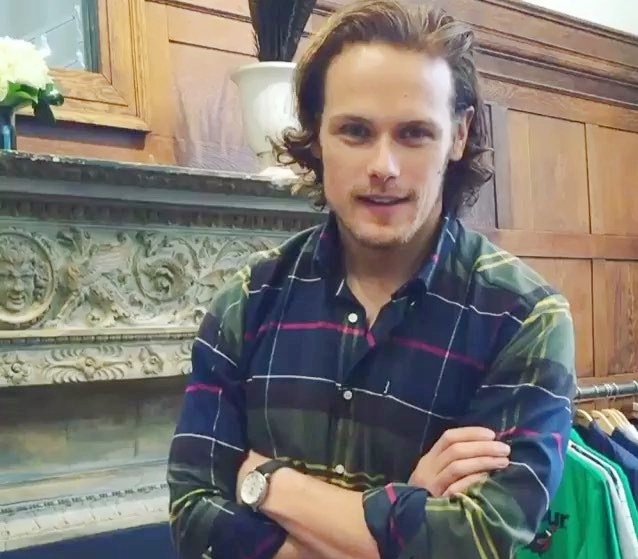 “Outlander” fans are given the chance to view Sam Heughan and Caitriona Balfe’s audition tapes for “This Guest of Summer,” the directorial debut film of “The Hobbit” film trilogy star Graham McTavish, who also stars as Dougal Mackenzie in the Starz TV series. However, fans can only watch the videos if they contribute to the movie’s fundraising campaign.

Graham McTavish is set to debut as a director but he does not have enough budget for the production of “This Guest of Summer.” It is for this reason that he had to ask for monetary help and enlisted some of his “Outlander” co-stars to act in his film. It was reported that Stephen Walters and Duncan Lacroix were already confirmed for a role while the rest of the cast were not revealed yet.

The Sun reported that a crowdfunding effort has been launched to help Graham McTavish. The campaign features attractive perks for people who will give pledges. Most probably, Sam Heughan and Caitriona Balfe’s audition tapes are some of the privileges that contributors will want to have.

The campaign was posted on Indiegogo and it was Jacki Lippman who set up the crowdfunding page, which features a video of Graham McTavish. In the clip, the actor/director said that he and some of his friends wrote “This Guest of Summer,” and although he will direct the film, he will also be part of the cast.

“But we need your help,” he said. “I’ll be playing a role in it and will also be directing for the very first time so I’m a bit nervous.” Now, as of today, Aug. 23, McTavish and his team already raised a total of $191,705 from 1,635 backers. This was way higher than the initial target amount of only $100,000 and there are still 16 days to go before the campaign closes. Some of the perks being offered in exchange for contributions are:

1. Appearance in “This Guest of Summer,” where a photo of the contributor will be placed in a prominent location so it can be seen in the movie. ($1,500)

9. Credit as co-executive producer and be invited to the movie premiere and reception ($5,000)

As mentioned before, the “Outlander” actors’ audition tapes are also listed as some of the rewards and 330 people already claimed their Sam Heughan audition video viewing perk at $8 while Caitriona Balfe’s audition tape was already claimed by 283 people for just $5. In any case, 13 perks like personal greetings on Twitter, a signed “Outlander” t-shirt, name inclusion in the movie and an interview with a cast member are already sold out.

“This Guest of Summer” is a comedy horror flick and Graham McTavish promised the fans that it will be very funny. Meanwhile, whether Sam Heughan and Caitriona Balfe are included in the film is still a secret.