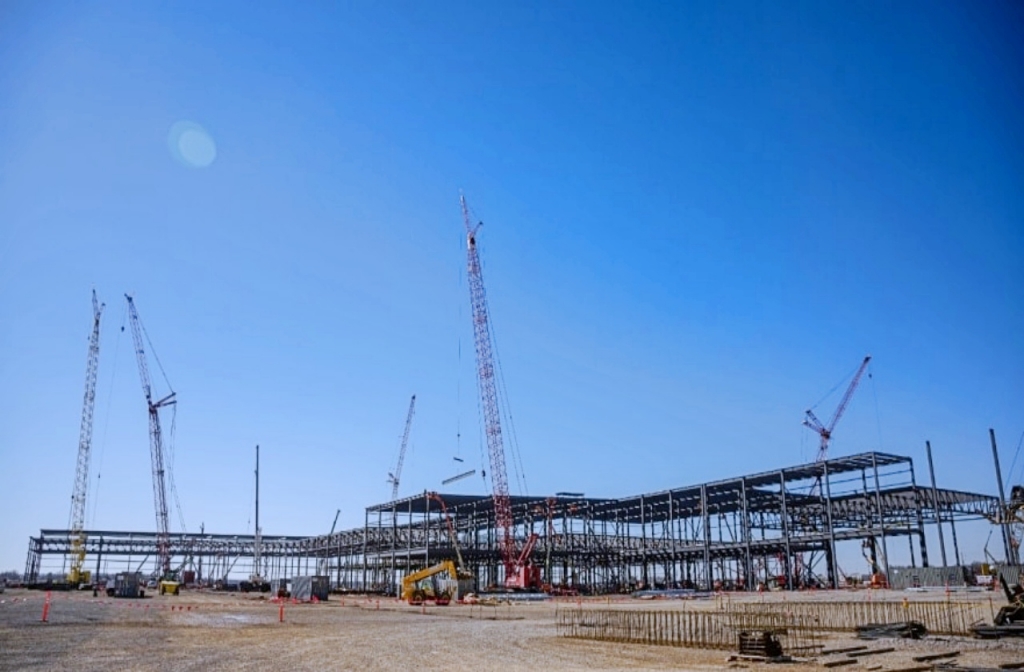 SK on Co., Ltd. and Ford Motor Company announced this week they have officially broken ground for the construction of their electric vehicle battery plant in Glendale, Kentucky, U.S.A. the project is part of the companies’ joint venture for EV battery production.

SK on and Ford Motor broke ground at the BlueOval SK Battery Park for their BlueOval SK JV. they have put in $5.8 billion for the manufacturing of advanced batteries for the future Lincoln and Ford electric vehicles. Production in the said plant is expected to begin in 2025 while also creating 5,000 new jobs in the said state.

As per The Korea Herald, the groundbreaking ceremony was attended by around 400 business leaders, local residents, US state and federal officials, and the SK Group’s executive vice chairman, Chey Jae Won.

It was reported that the construction of the Blue Oval SK plant is on schedule. Two mega manufacturing facilities for batteries are being built, and these are capable of producing more than 80-gigawatt hours per year.

The Blue Oval SK is a joint venture set up by SK on and Ford last year. The goal of the project is to establish a strong foothold so they can expand their market share in the battery market globally.

“Blue Oval SK Battery Park will be at the core of the electrification of the North American auto market,” SK on president and chief executive officer, Jee Dong Seob, said in a press release. “We expect SK On and Ford’s leadership in the global electric vehicle market to be solidified through BlueOval SK.”

David Hahm, the chief of Blue Oval SK, further stated in the same release, “At Blue Oval SK Battery Park, we’re building the future – state-of-the-art batteries for future Ford and Lincoln electric vehicles and a bright future for the workforce in Kentucky and in order to produce these batteries, we need a premier workforce that is trained in the latest battery and advanced manufacturing technology.”

Finally, the groundbreaking took place about a year and a half after SK on and Ford Motor announced their partnership in September 2021 with a total investment of $11.4 billion to build the two vast manufacturing campuses in the U.S.