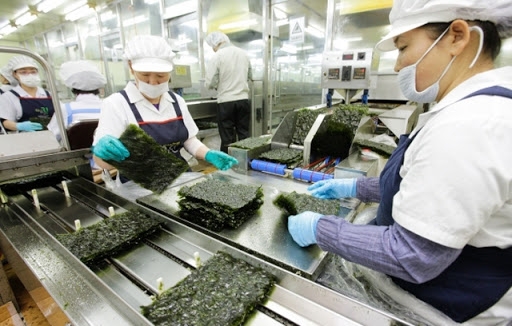 Exports of ready-to-eat products, such as processed fish and seaweed products, advanced 8.1 and 3.8 percent over the cited period.

Seaweed exports surpassed the $600 million mark for the first time.

However, demand for raw products, such as tuna, which are mostly consumed at restaurants, waned as people worldwide refrained from dining out due to social distancing schemes.

Shipments to the US increased 6.6 percent on-year in 2020, but those to other countries slipped, with those to China dropping 15.2 percent, Thailand falling 14.8 percent, and Japan plunging 9.8 percent.

The Ministry of Oceans and Fisheries is seeking to boost fishery goods exports by 7.8 percent to reach $25 billion this year.