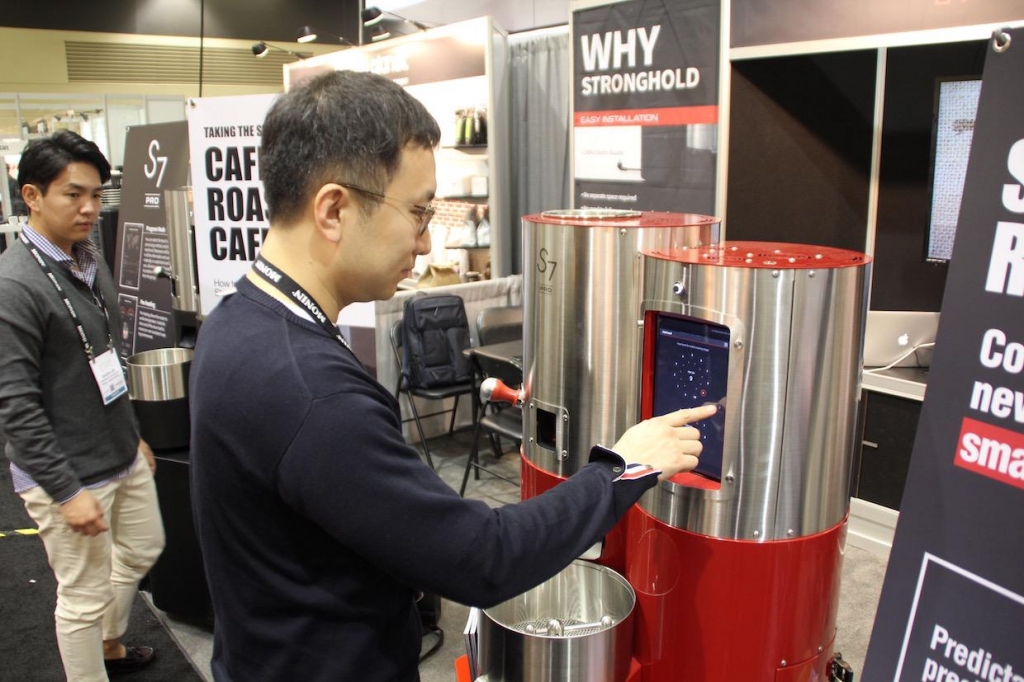 Coffee flavors can vary in a thousand ways depending on the roasting process.

Roasting, according to Stronghold CEO, Woo Jong-wook, is an AI technology that evolves with data.

Woo pointed out that coffee flavors can vary in a thousand ways depending on the roasting process.

Stronghold Technology digitizes and saves these data, such as handling of the convection, radiation, and conduction, alongside other controllable variables such as gas output, to create an AI algorithm that best optimizes the roasting process.

The daily data from the over 2,000 roasters the company has sold worldwide, including the US, UK, Mexico, Australia, China, and Rwanda, are collected on the company's cloud system and used to update the AI algorithm.

The company is also in talks over a potential technical tie-up with Restaurant Brands International (RBI), the parent company of Starbucks and Burger King.

So far, the firm has raised around 17 billion won ($15.2 million) from investors, including SoftBank Ventures, Korea Investment Partners, Intervest, and Kolon Investment.