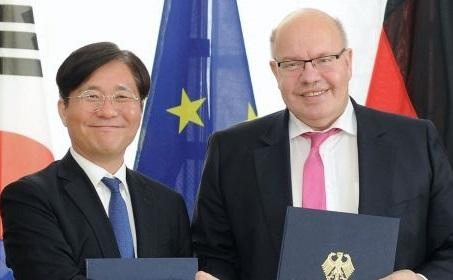 South Korea and Germany vowed via a virtual meeting to bolster cooperation in the energy sector towards the recovery of their virus-hit economies and helping each other achieve their climate goals.

According to the Ministry of Trade, Industry, and Energy, among the issues discussed between the energy and trade officials of both countries were green energy segments.

The meeting was a follow-up on the agreement between the two countries last December to launch working groups on economic issues related to trade, industry, and energy.

In May, the two countries vowed to expand cooperation in developing sustainable energy technology and phasing out nuclear power plants.

South Korea has set the goal of achieving a share of 30 to 35 percent of renewable energy by 2040.

Germany, which already covered over 40 percent of its gross electricity consumption from renewable sources as of their December meeting, can share its practical experience with South Korea.

Trade between South Korea and Germany over the first half of 2020 was worth US$14.5 billion, increasing 6 percent from the previous year.