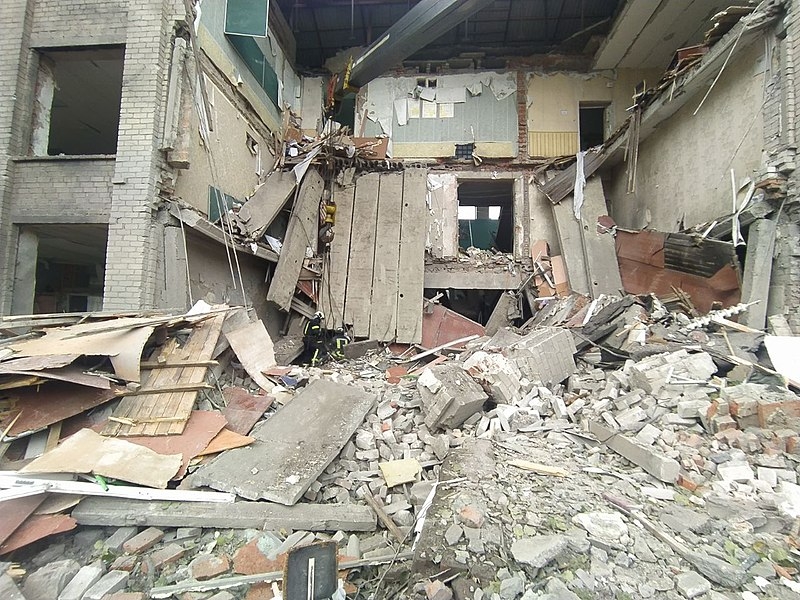 Ukrainian forces succeeded in reclaiming the strategic city of Lyman in the Donetsk region. As Ukrainian troops were collecting the bodies of their comrades, they reportedly did not immediately remove the bodies of Russian soldiers.

Ukrainian troops collected the bodies of their fallen comrades in the city of Lyman that, as of this week, returned to Ukrainian control. However, the troops reportedly did not immediately remove the bodies of Russian soldiers in the area right away.

The reclaiming of Lyman also came as Moscow moved forward with its formal declaration to annex four territories of Ukraine: Donetsk, Luhansk, Kherson, and Zaporizhzhia.

Amidst the proclamation of annexation, Russian troops were pulling back from Lyman to avoid being encircled by Ukraine. With Lyman back in Ukrainian control, the city would give its troops a key vantage point to further advance into Russian-occupied areas.

Despite advances in the southern and eastern areas of Ukraine by its forces, Russia continued to bombard other cities Tuesday. Several Russian missiles hit Kharkiv, damaging infrastructure and causing power cuts. Kharkiv regional governor Oleh Syniehubov said one person was killed and two other people were injured.

Four civilians were wounded when Russia bombarded the city of Nikopol in the south. Ukrainian forces are believed to have pushed back the frontlines to the Luhansk region in their advance toward Kreminna.

The day before, Ukrainian troops successfully reclaimed several villages in the south, such as Arkhanhelske, Myroliubivka, Khreshchenivka, Myhalivka, and Novovorontsovka.

The International Monetary Fund is set to consider a request by Kyiv on Friday for $1.3 billion in additional emergency funding, according to two sources familiar with the matter.

The sources told Reuters that the IMF staff have prepared the necessary documents and believe that Ukraine has received substantial financial assurances from its global partners to meet the IMF’s debt sustainability requirements and also qualify for further emergency funds.

Should the request by Ukraine be approved, the funds will be coming from an emergency lending program used for addressing food shortages that were approved by the executive board last week. IMF officials have also praised Kyiv and its central bank for its management of the economic impact caused by Russia’s invasion more than seven months ago in February.