Russia-Ukraine conflict: Moscow must ease pressure on Ukraine, says the US 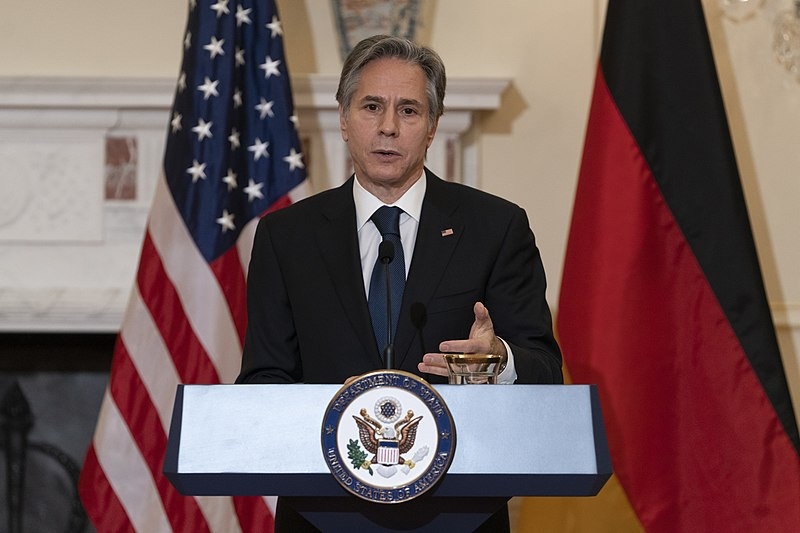 Tensions between Russia and the United States are still simmering over Ukraine, with fears that Russian President Vladimir Putin may consider invading Ukraine. US Secretary of State Antony Blinken said that there would be no progress with Russia so long as Ukraine remains under threat.

Speaking at a joint press conference with the German foreign minister Annalena Baerbock, Blinken reiterated that Russia must ease the pressure it is placing on Ukraine if it wants to make progress. Blinken also reiterated that Moscow would face severe consequences if it decided to invade Ukraine.

This comes as Russian, and US officials are set to hold talks in Geneva next week, following the deployment of thousands of Russian troops at the border it shares with Ukraine. Moscow also released a list of demands on the west guaranteeing against Ukraine’s admission to NATO.

“It’s very hard to make actual progress in any of these areas in an atmosphere of escalation and threat with a gun pointed to Ukraine’s head,” said Blinken, referring to Russia’s hopes for progress in aspects like arms control. “Russia should be in no doubt that further military aggression against Ukraine would have massive consequences and severe costs in response.”

Baerbock also agreed with Blinken’s comments. Germany and the US have been at odds regarding Nord Stream 2, the Russian gas pipeline that is set to open and ship gas into Europe’s major economy. The Biden administration has been criticized for not imposing sanctions over the pipeline, citing that it was virtually completed.

In other related news, Putin has deployed paratroopers to Kazakhstan as its citizens have expressed outrage over the rising fuel prices. While this has been reversed, the action reignited anger towards its former leader Nursultan Nazarbayev, who led the country when it was still under Soviet rule and still wields influence today even after stepping down three years ago.

Police reported that dozens of rioters had been killed in Almaty, and state television reported that 13 police officers died, two of which were decapitated. Nazarbayev’s successor, President Kassym-Jomart Tokayev, called to Russia in the hopes of taking control of the unrest that was taking place.