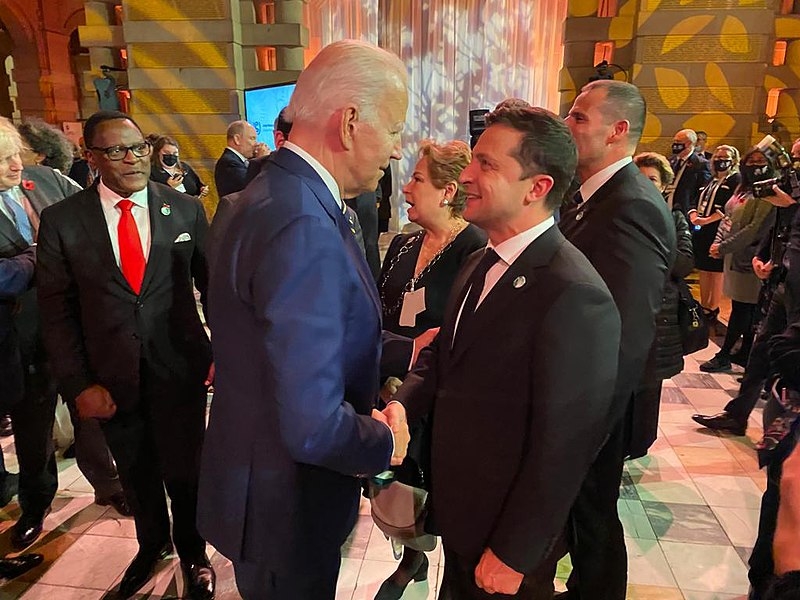 Tensions continue to simmer regarding Russia and Ukraine, with fears of an invasion. US President Joe Biden has sought to assure his Ukrainian counterpart Volodymyr Zelensky that Washington will respond should Vladimir Putin order an invasion.

Over the weekend, Biden assured Zelensky that the US would respond in defense of Ukraine should Russia decide to invade, according to a statement from the White House. Biden’s assurance follows the phone call between the US leader and Putin, where they exchanged warnings on taking any further action. Biden warned Putin that Russia will face severe consequences should it make a move on Ukraine during their call.

During Biden’s call with Zelensky, the US leader reiterated Washington’s commitment to “the principle of ‘nothing about you without you,’” referring to the need to include Ukraine in negotiations regarding its future. Zelensky took to social media following the call, expressing appreciation for the support of Washington, noting that the conversation proves the nature of relations between the two countries.

The call between Biden and Zelensky also comes ahead of in-person discussions between US and Russian officials in Geneva, Switzerland, on January 9 and 10.

“I’m not going to negotiate here in public, but we made it clear he cannot – I’ll emphasize, cannot – invade Ukraine,” said the US leader Friday last week. Speaking with reporters in Delaware, Biden also reiterated that he made it clear to his Russian counterpart that sanctions would be imposed on Russia, including an increased presence of NATO allies in the region would be the response to a possible invasion.

In other related news, Biden has extended the US support for the International Space Station until 2030, according to NASA administrator Bill Nelson. The NASA chief noted that the Biden administration remains committed to working with international partners, including Russia, in continuing research in the space laboratory through the rest of the decade.

“As more and more nations are active in space, it’s more important than ever that the United States continues to lead the world in growing international alliances and modeling rules and norms for the peaceful and responsible use of space,” Nelson said in a statement released Friday last week.