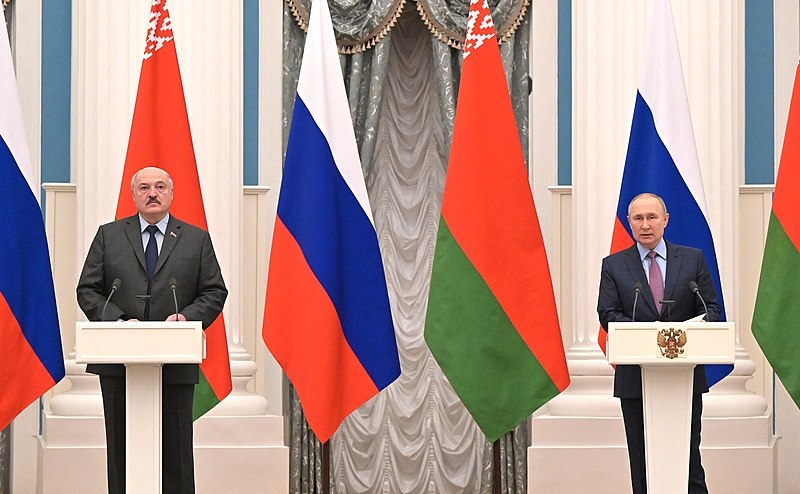 Many countries have shown support for Ukraine as it continues to resist Russia’s offensive since invading back in February. Belarusian President Alexander Lukashenko has recently called on the Russia-led military alliance to unite.

Speaking at the Collective Security Treaty Organization summit in Moscow, Lukashenko described the sanctions imposed by the West against both Russia and Belarus as “hellish.” Lukashenko said the sanctions could have been prevented if the pro-Russia military alliance was united.

“Without a united front, the collective West will build up pressure on the post-Soviet space,” said Lukashenko, who spoke with Russian dictator Vladimir Putin as well as his counterparts in Tajikistan, Armenia, Kazakhstan, and Kyrgyzstan.

The sanctions that also target Belarus blocked exports worth $16 to $18 billion to the West, according to Belarusian Prime Minister Roman Golovchenko, in a report by the Belta state news outlet.

Lukashenko previously said that Minsk must be involved in the peace negotiations to resolve the war in Ukraine and added that Belarus was unfairly labeled as an “accomplice to the aggressor.”

Lukashenko also accused the West of supporting Nazism and being “at war with Russia” in Ukraine in his remarks on Victory Day, celebrated by Russia and other former Soviet countries, marking the fall of Nazi Germany during World War II.

To note, Russia also used Belarus as an entry point into Ukraine during the invasion as well as from its own territory and the annexed Crimea.

Meanwhile, the International Criminal Court sent its largest number of investigators into Ukraine to probe the alleged war crimes committed by Russians in the country since the start of the war.

The ICC’s chief prosecutor Karim Khan made the announcement Tuesday, saying that a 42-member team made up of investigators, forensic experts, and support staff “advance our investigations into crimes falling into the jurisdiction of the International Criminal Court and provide support to Ukrainian national authorities.”

Khan said the team would improve the collection of witness testimony, identification of forensic materials, and help make sure that the evidence is collected in such a way that will strengthen the case in future court proceedings. The team will also work with French forensic experts who are already in Ukraine.