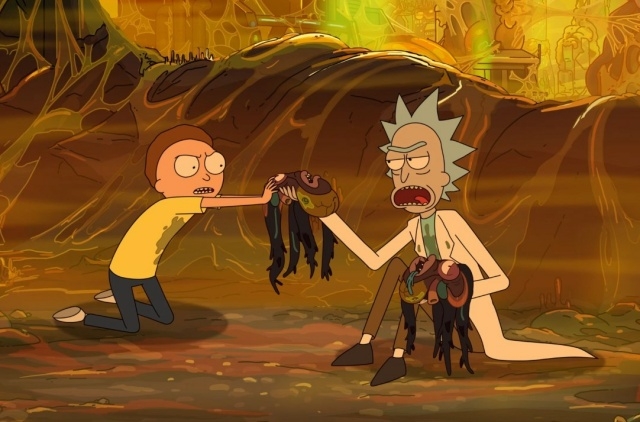 As fans wait for “Rick and Morty” season 5, Adult Swim gifted them with a first look video teaser. Since the viewers have been clamoring for new episodes and complaining that it could be late again, the studio and show creators Dan Harmon and Justin Roiland unveiled the clip last week.

Work goes on amid the COVID-19 pandemic

While all filming and work in offices were mostly suspended due to the coronavirus outbreak, the staff behind “Rick and Morty” season 5 revealed they continued with their work at home. They have no idea when they can go back to their studio to do their works and explained they are ready to adapt to a new system if this situation continues.

“We had already finished Season 4 and the writers are working on season 5 in two-hour blocks through Zoom,” co-creator Dan Harmon told The Wrap in an interview. “There are a lot of things that are better about a Zoom writers’ room, and they are balanced out by things that are worse.”

At any rate, the team who are working to create “Rick and Morty” season 5 are currently working on the episodes. As proof, they unveiled its first look video teaser during the recent Comic-Con@Home Adult Swim Panel.

In the First Look trailer that was released late last week, the animated draft was shown, and the scenario presented involves Rick and Morty trapped in another dimension. The former was injured, and his grandson carried him back to their ship.

It seems that Rick is dying and Morty needs to act fast so they can escape from the portal. Fortunately, Morty was able to get their ship out but they crashed into the ocean when they entered Earth.

The appearance of a villain

Stuck in the water, a big clamshell showed up beside Rick and Morty’s spaceship. It turned out that it was Mr. Nimbus who the latter introduced to his grandson as his nemesis. The villain announced that Rick desecrated the treaty between the land and sea so now he has to face the “wrath of an eternal foe.”

Fans assured the show is ahead of schedule

As mentioned earlier, there are fans who are already complaining because they think “Rick and Morty” season 5 is delayed already. They reasoned that the show was renewed two years ago so they should have finished this installment by now. With that said, Dan Harmon assured fans that they are on time and in fact, ahead of schedule.

"We're basically done writing it. The only exception is I get on these Zoom edit sessions where we're kind of finalizing the finale of season 5," CNET quoted him as saying. "It's a crazy situation to be in because this show has notoriously kept everyone behind schedule."