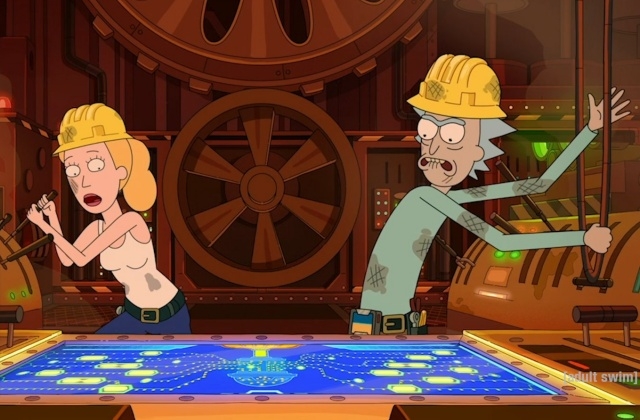 The fifth “Rick and Morty” has yet to be released and while waiting for it, many teasers and hints have already been dropped. The first look of the upcoming season 5 was also posted in July and the viewers saw glimpses of what to expect when the animation returns.

In season 5 of “Rick and Morty,” it was confirmed that Space Beth is coming back. She was introduced in the fourth installment and the production team shared that she will be appearing a lot more in the future including the fifth season.

As per Digital Spy, show creator Dan Harmon and producer Scott Marder were present at the Adult Swim's virtual 2020 Festival that was held two weeks ago. At the event, Harmon hinted that they are featuring more of Beth in “Rick and Morty” season 5.

"There are pretty groovy things coming regarding Beth,” Harmon shared. “Space Beth was not a one-off character.”

This is not the first time that the production team mentioned about Rick’s daughter becoming the focus in the upcoming season. In an earlier interview, Harmon teased about Beth’s clone and the fact her family could be confused as Space Beth is likely staying on Earth.

"I don't want to keep secrets with the audience,” Comic Book quoted Harmon as saying during the PaleyFest NY. “She's Schrodinger's Beth right now and the fact she may or may not be a clone is actually the important thing.”

The show creator went on to reveal that since Beth’s clone has landed on Earth, they will be adding new members to the family. He mentioned a few aunts coming in “Rick and Morty” season 5.

Meanwhile, Screen Rant reported that “Rick and Morty” season 7 is already in the works. While there is no premiere date yet for “Rick and Morty” season 5, it does not mean the production team is not done with it yet. In fact, the COVID-19 pandemic had a positive effect on the show was show creator Dan Harmon revealed it made them work faster since they have more time in their hands.

The pandemic allowed them to focus on their work thus they were able to do seasons 5 to 7 at the same time. This made the team’s progress on creating the next “Rick and Morty” installments move at a faster rate.

This is really advantageous as fans will not have to wait so long anymore before the next seasons are released. The waiting time for the batch of new episodes has been shortened by a lot so this is good news to all who follow the show.