Resistance to hydropower is evaporating as science takes centre stage 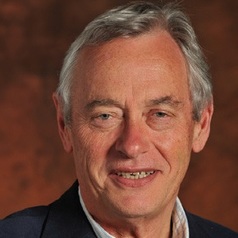 Big dams have a bad reputation. They’re often associated with social disruption and environmental damage. That perception is now shifting. The challenges of climate, urbanisation and economic growth in countries and communities already burdened by poverty and underdevelopment is leading to a radical change in attitudes. Dams and related water infrastructures are once again being recognised as key contributors to a prosperous and, as important, sustainable future.

This is why changes in the attitudes towards dams are most evident in the energy sector. Demands for energy to power cities are growing rapidly. So too are the energy needs in rural areas – to cultivate, process and transport crops as well as to drive the irrigation systems that underpin food security and light the lives of rural communities.

At the recent World Hydropower Conference, in Addis Ababa, a strong case for the development of hydropower dams came from a surprising source: the Nature Conservancy, the USA’s largest environmental NGO. In the past, the organisation was better known for its efforts to remove dams. A decade ago, development agencies like the World Bank had virtually stopped financing dams. They are now extolling their contribution to development.

The change of heart about dams is not just about climate change. Hydropower could also help generate the electricity which many poor communities don’t yet enjoy. Less than 10% of Africa’s hydropower potential has been tapped. This means that, with local resources, Africa could produce four times more electricity than it currently does.

Why hydropower offers such a good deal

Few technologies can reliably produce clean electricity when needed. Nuclear is one, but it’s very expensive and poses safety concerns. Renewable sources like solar and wind are among the cheapest. But their supplies are intermittent. They cannot provide a reliable supply unless their energy can be stored and released when needed. Not surprisingly, cost-effective energy storage is key to successful clean energy strategies in many parts of the world.

This is where hydropower is an obvious alternative. It uses the energy captured by the natural water cycle. Water evaporates from oceans warmed by the sun, falls as rain over land and then flows into rivers. The power of that mass of moving water is then harnessed to generate hydro-electricity.

Hydropower dams are by far the cheapest way to store energy on a large scale. This has become increasingly significant as more and more intermittent sources like solar and wind energy are connected to electricity supply grids.

Dams are needed because they allow water to fall through a greater distance, generating far more power than the natural flow of a river. As important, that energy can be stored by keeping the water in the reservoir and releasing it through the turbines when electricity is needed. This can be done very quickly – often in a matter of seconds – much faster than with other electricity generators.

This ability to store energy – and to produce just the required amount of electricity very quickly – also has many other benefits. When wind and solar supplies fail, hydropower generation can bridge the gap without burning fossil fuels. The flexibility of hydropower also helps operators to “tune” the grids and keep voltages steady.

In China hydropower is helping to integrate renewables – such as solar and wind – into the electricity supply systems. China has excess production of renewable energy in some remote regions, and it’s also rapidly expanding its network of pumped storage dams. In these schemes, water is pumped to a high reservoir using surplus electricity and then allowed to flow down and generate electricity when demand increases or the wind dies down. Because hydropower can respond quickly to changing conditions, it also stabilises the distribution grid and avoids power failures.

This enables a steady energy flow to be maintained on the country’s rapidly expanding super high voltage grids which transport electricity from energy rich regions to areas of high demand.

Organisations like the Nature Conservancy recognise that hydropower technology can help to reduce the use of fossil fuels, the world’s most serious environmental problem. And when they looked at the challenges, they concluded that problems associated with hydropower in the past can be resolved.

But controversies remain. Other environmentalists continue to challenge hydropower’s green credentials. Some argue that dams themselves generate greenhouse gases like carbon dioxide and methane from vegetation in reservoirs.

This argument was challenged in Addis Ababa, where new evidence was shared showing that this threat has been greatly exaggerated.

CO2 and methane often bubble up from reservoir waters but most of the organic matter that fuels this process comes from the land which feeds the rivers. Without a dam, the gases would simply appear elsewhere along the river.

Studies of two of the world’s great rivers, the Amazon and the Congo, both of which are virtually undammed, found that wetlands and flooded forests were responsible for most of their high methane and CO2 emissions

The debate about the role of dams and development is thus moving beyond emotional arguments to real science. It’s revealing that many of the development challenges of dams are not as clear cut as critics had suggested.

It also shows that hydropower dams can contribute significantly to mitigating climate change while protecting communities from floods and conserving ecosystems. This gives rise to some optimism. With systematic work, and cooperation across disciplines, better ways can be found to build a sustainable world in the 21st century.

Mike Muller's attendance at the World Hydropower Conference was funded by SECO, the Swiss State Secretariat for Economic Affairs through the International Hydropower Association. Funding has also been received for research on water resources and regional integration in Africa from the South African Water Research Commission and the African Development Bank.