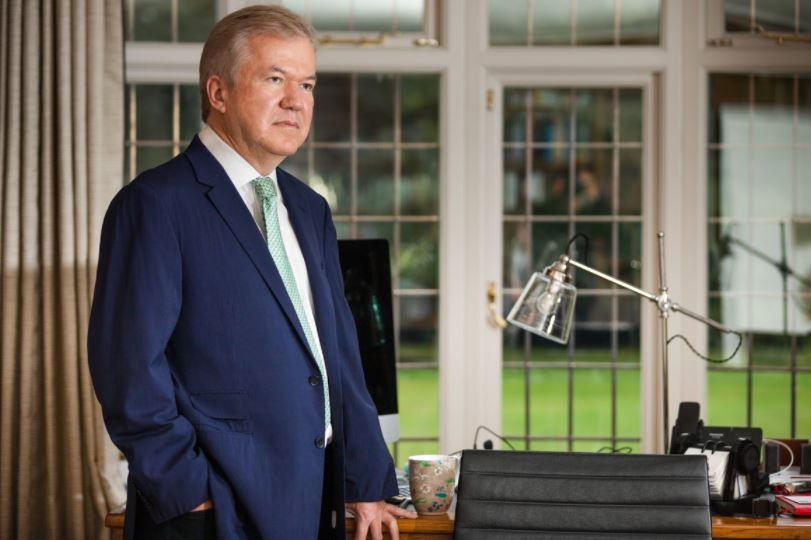 “There is no passion to be found playing small - in settling for a life that is less than the one you are capable of living.” - Nelson Mandela

It was only ten short years ago when the world’s attention was focused on South Africa and the 2010 FIFA World Cup. The time had come for the Royal Bafokeng Nation, a 150,000-strong community in South Africa with a unique cultural identity and world-class institutions, to emerge from the region as a global success story and a shining example of Africa.

The story started with one of the rarest and most precious metals used in the modern world; platinum. Platinum has been a coveted commodity for over 100 years, and with 80% of global platinum reserves located in South Africa, the Bafokeng had a vast reserve of wealth under their feet. This made the resource-rich land of the Bafokeng a prime target for corporations such as Rustenburg Platinum Mines, now part of Anglo American, and later Impala Platinum. However, the lucrative deals that were made at the time excluded the very people to whom the land belonged, and it was only through the support of local Lutherans - Christian missionaries present in the region - that the Bafokeng managed to secure a small share of the wins.

It wasn’t until the early 2000s where significant progress was made. By then the Bafokeng community had “rebranded” to the Royal Bafokeng Nation and set in motion a bold plan, Vision 2020, to build their communities and infrastructure. The challenge, however, was securing a more equitable share of the platinum profits.

With uncertainties surrounding the platinum mining operation due to long standing land rights disputes, platinum output had slowed down. Impala Platinum and its shareholders were seeking a swift resolution, and the Royal Bafokeng Nation wanted to develop the nation’s infrastructure. At the time, it was thought that the legal quagmire between Impala Platinum and the Royal Bafokeng Nation would never end.

A few years prior, the Bafokeng king, Kgosi Leruo Tshekedi Molotlegi, approached South African businessman and current Chairman of CG Tech Group, Niall Carroll. At the time, Niall was a Managing Director at Deutsche Bank in South Africa and the Kgosi asked Niall to establish what became the Bafokeng’s commercial arm - Royal Bafokeng Holdings (RBH). Resolving the platinum dispute became a priority for both RBH and Impala Platinum.

When Royal Bafokeng Holdings and Impala Platinum returned to the negotiating table, the first order of business was to settle the land rights disputes and reach an equitable partnership. Negotiations were difficult, but in 2006 the parties managed to sign a landmark deal where both Impala Platinum and the Royal Bafokeng Nation were able to benefit more equitably from the proceeds generated by the mine.

"The agreement was a very significant step in resolving four decades of animosity and was a great example of how a mining company and a traditional community could work together for mutual benefit," said Niall Carroll.

For Impala Platinum and its investors, the deal eliminated the uncertainty and triggered a sharp upward re-rating of the share price. For the Royal Bafokeng Nation, the transaction was enormously valuable, making Royal Bafokeng Holdings the largest shareholder in the world’s second largest platinum producer, and setting the stage for Royal Bafokeng Holdings to build and grow a profitable investment portfolio that funded critical projects in infrastructure, education and healthcare. Despite the altruistic nature of Royal Bafokeng Holdings’ investment mandate, the company was nonetheless commercially successful, going on to achieve a higher rate of return than Berkshire Hathaway at the time.

There are three key lessons that communities and countries can learn from the success of the Royal Bafokeng Nation.

Lesson 1: Start with a bold vision and strong values.

The Royal Bafokeng Nation has always had a clear sense of identity and a strong set of values. These values included community, transparency, and stewardship of their resources for generations to come. Even during the rapid growth in value of Royal Bafokeng Holdings, these values were never lost. As former CEO of Royal Bafokeng Holdings Niall Carroll notes, "What made our approach different from a traditional corporation or investment fund is that the Royal Bafokeng Nation leaders saw themselves as responsible for addressing the needs of not only the current generation, but also growing the asset base for generations to come.” Niall continues “Having a little jam today, and keeping the rest in the jar while making more jam for the future, that set us out on the right foot.”

On the vision side, things were equally interesting. In 1999, Kgosi Mollwane Lebone Boikanyo Molotlegi set forth a compelling vision for the Royal Bafokeng Nation with a focus on economic growth and diversification, infrastructure development, education planning, and increasing access to health and social services. The main slogan of Vision 2020 was “Survival is not enough.”

This vision was carried forward by his brother and current king of the Royal Bafokeng Nation, Kgosi Leruo Tshekedi Molotlegi, and later set the basis for Vision 2035, adjusting the vision and plans around three areas of action: Human development through working towards an adequate standard of living for the Royal Bafokeng Nation; collective development through creating an enabling ecosystem and community environment; and sustainable growth through emphasising stewardship of resources and inclusive and durable growth.

This vision, rooted in a strong identity and set of values, set the foundation and direction for all parties involved with the success of the Royal Bafokeng Nation. Niall told us that one of his colleagues put it best: “A great leader understands that you yourself are being led.”

Lesson 2: Execution is the key to turn vision into reality.

Niall Carroll and his team at Royal Bafokeng Holdings had a mandate to design and execute the commercial activities of the Bafokeng. "We were tasked with the governance, the management strategy, and of course the investment strategy for the commercial portfolio." During Niall’s eight years as CEO of Royal Bafokeng Holdings, the portfolio grew over ten-fold to more than USD 4 Billion. For a community of just 150,000 people, this was a significant asset base.

In many ways, Royal Bafokeng Holdings was acting like a Sovereign Wealth Fund, an example set by the Kuwait Investment Authority, the world’s first SWF established for a sovereign state back in 1953, and estimated today to be worth approximately US$600 billion. Others such as Norway’s Government Pension Fund - the world’s largest - with over USD $1 Trillion in assets and 1.4% of global stocks and shares, or the UAE’s Abu Dhabi Investment Authority established in 1976, are tasked with globally diversifying investments from oil revenues, or to create war chests for uncertain times.

Royal Bafokeng Holdings’ mandate was far more local: To diversify away from platinum, generate income to fund infrastructure and services that enhanced human dignity and opportunity within the community, and build enduring wealth for future generations. Over an eight year period, the Royal Bafokeng Holdings team managed to diversify the portfolio from 98% platinum to just under 50% - notably, without selling any platinum assets.

Lesson 3: Find the right stage to tell the story.

For the Royal Bafokeng Nation, this was an opportunity to share their story on a global stage. Not only would they be tasked with running one of the FIFA World Cup venues, hosting fans from around the world, they would go on to host representatives from the global media as well as one of the most important teams – not from a football perspective but from a media attention perspective.

This involved not only renovating the Royal Bafokeng Stadium, but also building the necessary infrastructure and facilities for the expected fans as well as the team that would base itself in the Royal Bafokeng Nation for the duration of the tournament. Niall revealed that the strategy was not to host the favourites, but the team that would attract the most amount of English-speaking media. Who better than one of the most popular and followed teams in the FIFA World Cup: England.

By executing a tight timetable to build the facilities, hotels and the stadium - something that few people in South Africa and around the world thought the Royal Bafokeng Nation could accomplish - they were able to put the Bafokeng on the map and in the media spotlight. The Bafokeng also hosted events leading up to the 2010 FIFA World Cup such as the Nelson Mandela Peace Cup, which honoured South Africa’s Nobel Peace Prize laureates.

"We (the Bafokeng people) have a very rich history, we respect our cultures and tradition and that makes us unique," the managing director of Royal Bafokeng Sports George Khonou said at the time. "We are looking at 2010 and beyond, and that means that we have to channel our energies in aggressive marketing in order to inform the rest of the world."

Ten years on, the lessons from the success of the Royal Bafokeng Nation and Royal Bafokeng Holdings serve as a continuing example for governments and corporations alike. Today, the Bafokeng continue to realize Vision 2035 under the leadership of Kgosi Leruo Tshekedi Molotlegi. Niall Carroll and Chief Investment Officer of Royal Bafokeng Holdings, Andrew Jackson, have since moved on to apply the lessons learned as co-founders of CG Tech, a group of businesses operating in industries as diverse as oil & gas, remote working, virtual reality, and event production.

An entire generation in the region has benefited from the vision, the values, the execution, and the communication of the Royal Bafokeng Nation. Very few human stories follow a path as inspirational as theirs, and the story of the Bafokeng acts as a model for nations blessed with valuable - but finite - natural resources, to reshape a bold new narrative and build their nation’s relevance into the future.