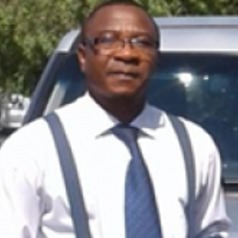 Zimbabwe’s government has announced its facing critical power shortfalls. The country’s anchor power producer, Kariba Dam, might have to stop production in weeks due to dropping water levels. Tafadzwa Makonese spoke to Moina Spooner from The Conversation Africa about what can be done.

What are the main challenges facing Zimbabwe’s energy system?

Zimbabwe has a severe energy crisis because its major sources of electricity are struggling to keep up with demand.

Kariba power plant dam – where Zimbabwe gets 57% of its electricity – has low water levels due to poor rains last year. At the moment the dam, which sits on the border of Zimbabwe and Zambia, is producing just 34% of what it usually can. If Kariba stopped producing Zimbabwe would lose about 358 MW daily, that’s about 300 000 homes without power.

On top of this, Hwange colliery – which provides almost all of Zimbabwe’s coal for power generation – is producing less because of old and deteriorating infrastructure.

Currently Zimbabwe produces 1100 MW of power against a national demand of 1500 MW. This leaves a supply gap of 400 MW. The deficit is catered for by imports from Mozambique and South Africa.

But payments for these imports aren’t easy to keep up with. For the past 10 years Zimbabwe has been going through a currency crisis caused by hyperinflation. This has severely eroded the power of local currency, leaving the Zimbabwe Electricity Supply Authority in a financial quagmire. They currently owe Eskom, South Africa’s power utility, over $33million.

Because of these challenges, any drop in national production means the government has to ration electricity. The government recently started a load shedding plan to prevent the collapse of the country’s power grid.

What are the short to medium term solutions?

One short-term solution could be small solar power systems that are rolled out while the government works to improve national power generation through additional hydropower plants, solar and wind farms.

Small solar systems are an effective source of electricity in off-grid communities or they could be set up as mini-grids in communities that constantly suffer from power-cuts. Zimbabwe has enough solar power to support these.

These solar systems could be made cheaper through the introduction of subsidies and tax incentives. Even better, the government could waive taxes on all certified systems coming into the country.

And more needs to be done to publicise the use of gas in urban and rural households. Gas is underused in Zimbabwe, partly because it is more expensive compared to other energy sources including kerosene. The government could look for investments through private partnerships to build gas mines. Zimbabwe has over 40 trillion cubic feet of potentially recoverable methane gas in the Lupane-Lubimbi area. Considering the cost of building infrastructure to transport the gas from the production sites, it would be significantly cheaper to exploit these than to import from Mozambique.

Industries that need to cope with power cuts should turn to energy storage. In Johannesburg, South Africa, some industries have integrated energy storage into their micro-grids – the solar energy is stored in batteries that are used when the grid fails.

Are there experiences from other countries, in fixing a dilapidated electricity system, that Zimbabwe can draw lessons from?

Nepal and Bangladesh are good examples.

In 2014 Nepal was experiencing up to 12 hours of power cuts for the residential and industrial sector. This was finally stopped in 2017. Nepal invested heavily in run-of-the-river micro-hydropower plants. These are hydroelectric systems that harvest the energy from flowing water to generate electricity in the absence of a large dam and reservoir – as opposed to conventional hydroelectric power plants which rely on the power of water falling a large distance.

Bangladesh meanwhile shows how energy-saving behaviour – like turning off lights in unused rooms, use of solar water geysers, and use of energy efficient home appliances – under its national energy efficiency and conservation master plan reduced demand by up to 51%.