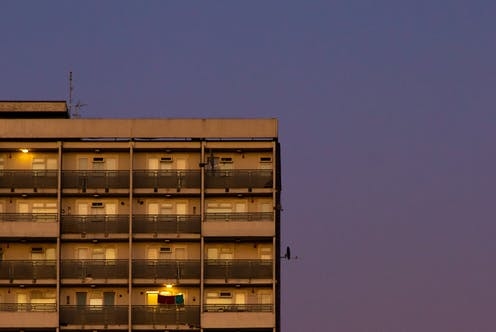 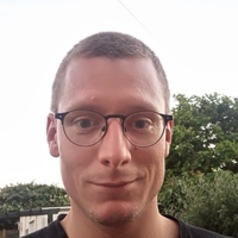 Britain’s housing system is well and truly broken. House-builders sit on land already granted planning permission and drip-feed the market to keep supply low and prices high. Despite the coronavirus crisis, house prices continue to soar, excluding most from ever reaching onto the property ladder.

Tax subsidies help speculative landlords exploit “generation rent”, who face a future far less secure or prosperous than that of their parents – or even their grandparents. As the welfare state is hollowed out, property assets replace retirement benefits, deepening deprivation and inflating property bubbles.

Widening inequalities collide with privatisation of public housing to exacerbate the homelessness crisis – despite thousands of homes lying empty across the country.

The UK’s housing problems are also grossly unevenly distributed. In economically depressed regions such as Liverpool, where I’m based, the state has been demolishing “obsolete” houses owing to “housing market failure”.

Yet only a few hundred miles away lies the epicentre of the property boom, London, where demand and financial speculation are so intense that local authorities engage in the creative destruction of ex-council estates. Thousands of tenants are displaced, often out of London, to clear sites for lucrative redevelopment as private flats with minimal affordable housing.

In both London and Liverpool – two extremes of Britain’s polarised housing market – activists have been busy re-imagining the future of public housing. One way this is being explored is through the use of community land trusts (CLTs), a form of collective ownership of land for affordable housing and other community uses, innovated in the 1960s American civil rights movement. I’ve been studying them over the past decade and recently published a book on the topic.

In London, led by East London CLT in Tower Hamlets, the CLT model has been used to contest the adverse effects – gentrification and displacement – of housing markets becoming “too hot”.

In Liverpool, a city where housing markets are “too cold”, having lost close to half its population in the second half of the 20th century, communities facing forced eviction and the state-funded demolition of their neighbourhoods have come together to campaign for CLT alternatives. Granby Four Streets and Homebaked are the country’s very first to pioneer the model for inner-city regeneration in contexts of urban decline.

Granby Four Streets won the Turner Prize in 2015 – the first architectural project ever to do so. The award recognised the creative work of architects Assemble in bringing residents together in a democratic do-it-yourself rehabilitation process – what they call “community homesteading”.

This built on years of residents’ hard graft – and creative craft – to resist the bulldozers since the 1990s and transform their neglected neighbourhood into a horticultural wonderland, with street planters, vegetable plots, climbing flowers, garden benches and artistic murals; hosting a popular street market once a month.

Such guerrilla gardening was inspiration for a vision to establish a CLT in 2011 to restore derelict properties as decent affordable homes. Some were too dilapidated to save, transformed instead into a beautiful Winter Garden with subtropical plants, an artist studio and community meeting house. 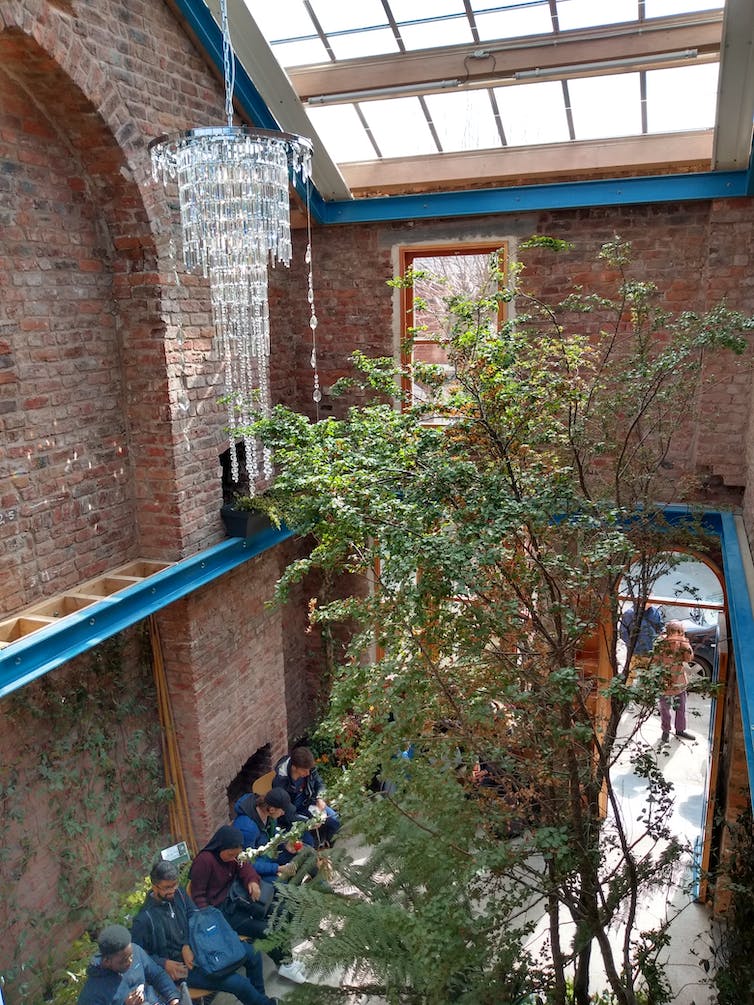 A view of the winter garden. © Matthew Thompson, Author provided

This is about more than just bricks and mortar. The CLT is revitalising Granby’s struggling local economy through providing a permanent home for the street market, creating space for new businesses and community enterprise, providing new jobs as well as public space and community facilities for residents to engage in festivities and the collective management of their neighbourhood.

On the other side of the city, right opposite Liverpool Football Club, is Homebaked. This started life as a public arts project funded by the 2010 Liverpool Biennial called “2up2down”, which invited residents to re-imagine the terraced house.

Having successfully campaigned to save the local bakery and its terraced row from demolition, 2up2down evolved into Homebaked CLT to take on the ownership of the buildings and bring the bakery back into use. Plans are now afoot to renovate the terrace into cooperative housing and, on the ground floor, provide space for community enterprise, including their sister organisations Homebaked bakery co-op and Homegrown, a food growing and beer brewing collective. All of this is part of a long-term vision to democratically transform the neighbourhood.

CLTs such as Granby and Homebaked provide an inspiring blueprint for reconstructing public housing on stronger social and economic foundations.

They are legally incorporated with an “asset lock” which protects the land from being sold off and ensures that all surpluses from renting buildings get reinvested for community benefit. They are governed democratically through a trust structure with board members elected by the wider CLT membership, open to all local residents.

But Granby and Homebaked remain artistic exemplars – too few and far between to make a huge difference to widespread housing problems. These extraordinary practices need to be replicated across Liverpool, London and beyond through radical new initiatives, so they become more ordinary features of public housing.

Public housing in the UK is witnessing a revival. Tight borrowing constraints imposed on councils have been loosened to enable the construction of new council housing for the first time in decades.

Yet it is vital that local authorities don’t repeat past mistakes. Bureaucratic and paternalistic management of council estates and the undemocratic commissioning of alienating designs, unresponsive to residents’ needs, inspired a backlash from tenants and gave hostile politicians the ammunition they needed to systematically privatise public housing.

By outsourcing public services to unaccountable firms seeking higher profit margins at all costs, privatisation paved the way for the Grenfell Tower tragedy, when 72 people lost their lives. Learning from more imaginative and democratic alternatives to this broken system is urgently needed.