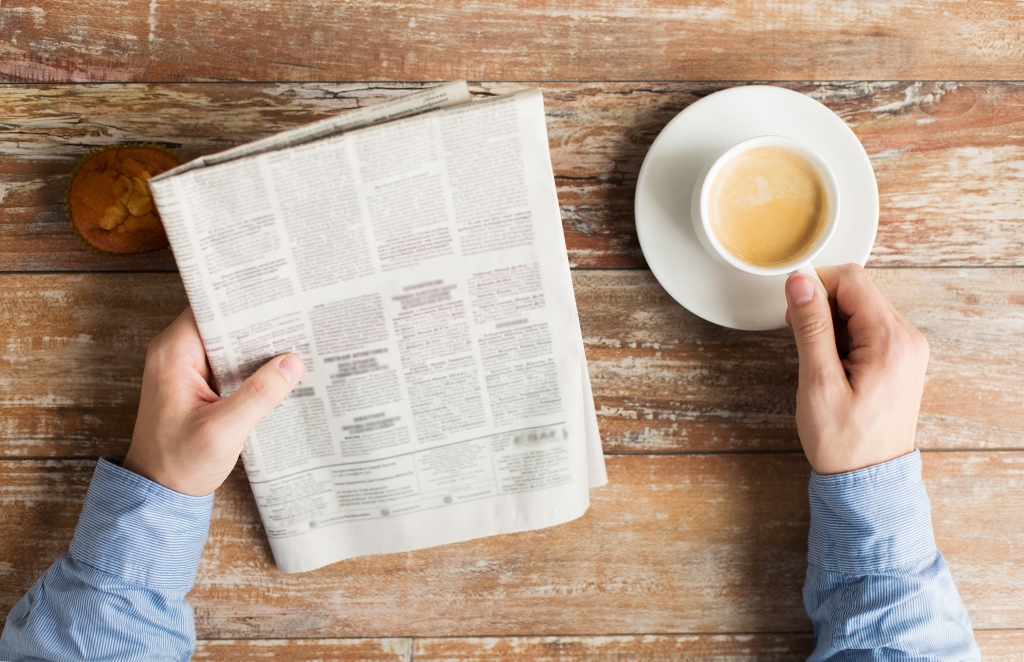 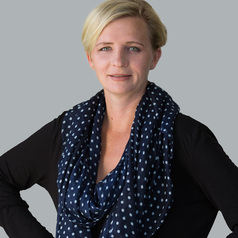 Nearly two-thirds of local newspaper readers also indicate policies affecting the future of rural and regional media would influence the way they vote at the next federal election.

These are some of the key findings of a national survey of almost 4,200 Australian country newspaper readers we recently conducted as part of a project to drive greater innovation in the rural and regional media landscape.

Many small newspapers in Australia faced closure after their advertising budgets shrunk during the global pandemic, while others moved to digital-only editions to cut costs.

In our survey — the largest conducted of country press audiences in Australia — we found local newspapers still play a vital role in providing information to residents in these communities, even with the proliferation of news available on Facebook and Google.

This is a significant finding, given how much focus has been placed on the role of the tech giants as a central point for digital news and information.

The federal government recently implemented a mandatory news media bargaining code that forces tech companies like Facebook and Google to pay news producers for content that appears on their platforms.

Last week, the ACCC granted interim approval for Country Press Australia to negotiate with the tech giants on behalf of its 160 newspapers.

This funding is desperately needed to help support publishers of credible, reliable local news who are losing the advertising dollar to social media platforms — but for some, it still may not be enough.

Our survey also reveals just how passionate people are about local newspapers in rural and regional Australia — that is, the print version. In fact, the majority of country press audiences (71%) prefer to read their local paper in print than online. 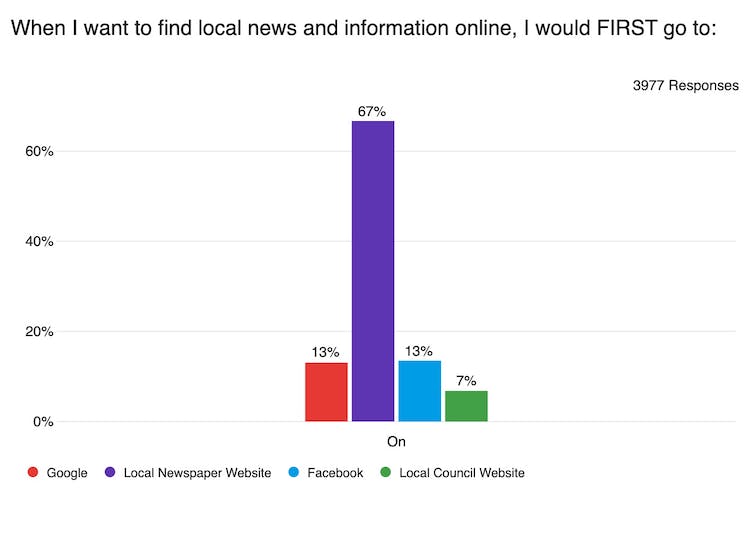 Many respondents expressed resistance to their newspaper being made available in digital format only. They offered comments such as:

There is always room for improvement, but if this newspaper went digital, I would not be interested.

And this from another:

The day it goes digital only will be the day I stop reading it.

Our survey also found that respondents overwhelmingly (86%) view a printed copy of their newspaper as an essential service for their community. 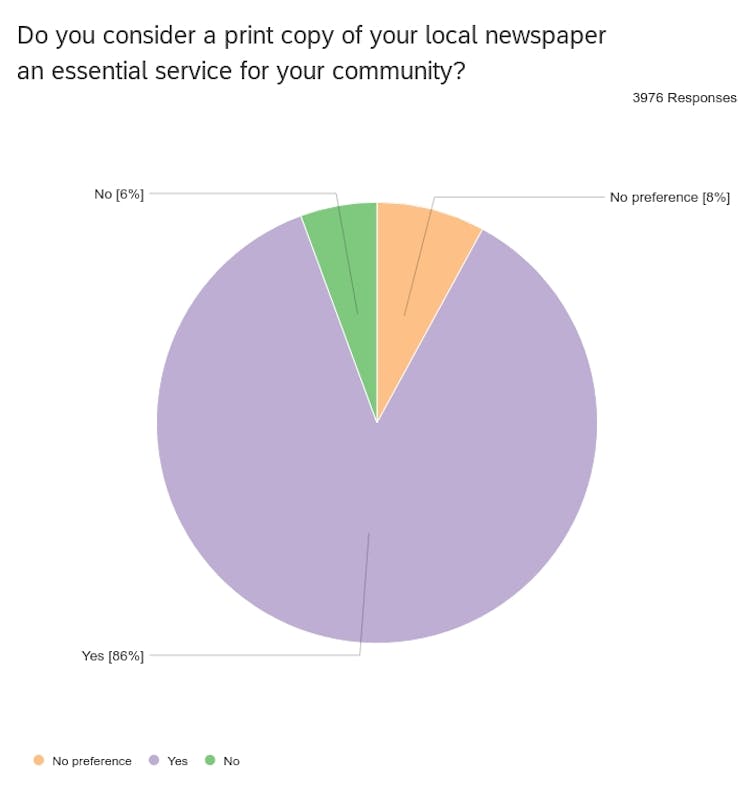 This accords with our previous research that has advocated for the federal government to recognise the vital importance of the printed paper to regional communities.

While the average age of our survey respondents was 60-61, this demographic will continue to represent a large portion of local news readership for many years.

This means local news organisations need strategies to aid the transition for all audiences into digital formats and/or advocate for the survival of the printed product in the interests of social connection and democracy. 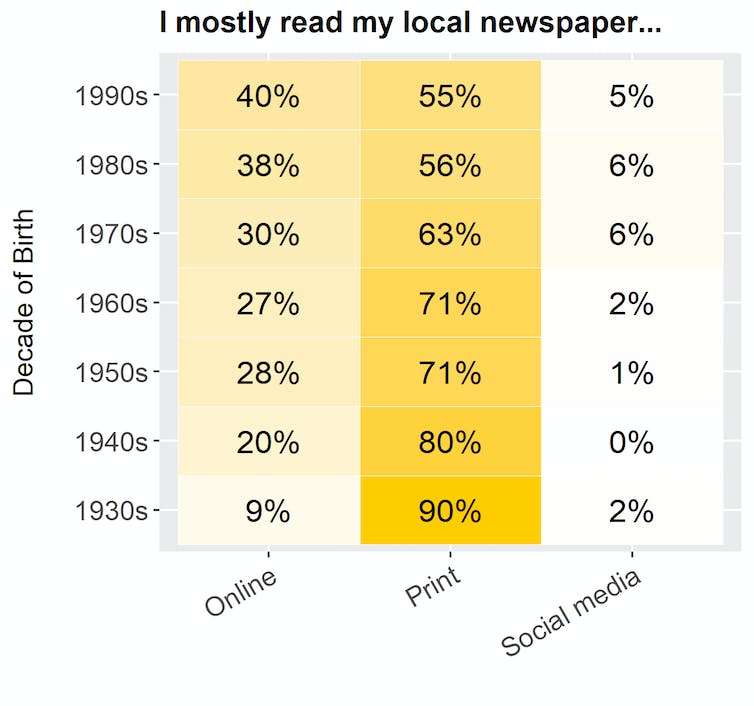 Locals want a say in the future of their papers

Our survey also found 94% of respondents want a much bigger say about government policies and decisions affecting the future of local newspapers. This finding sends a message to policymakers to rethink their strategies for engaging the public in ideas to support the future of local media.

When it comes to solutions for struggling rural and regional media outlets, our survey found:

The voices of loyal readers must be heard

Our findings also reaffirm that local newspaper audiences are loyal and develop life-long connections with newspapers wherever they live and work. As an 88-year-old man from Victoria said,

I have always looked forward to the local paper, and whilst the format is now different, it is still a ‘must’ to catch up on whatever is happening in my town.

While there have been Senate inquiries into the future of public interest journalism, media diversity and the role of the ABC in regional and rural areas, the public submissions to these important policy discussions are lacking the voices of local newspaper readers like our respondents.

This is not because people in the bush don’t care, but because such formal mechanisms are arguably not the best way to engage with and listen to media audiences beyond the major cities.

What is clear from our research is local independent newspapers really matter to their audiences, and many loyal readers are ready to defend them at the ballot box.

Kristy Hess is a chief investigator on projects funded by The Australian Research Council.