Pacquiao vs. Thurman Predictions, Schedule: Can ‘One Time’s’ Big Words Get Him a Win? Boxing Analyst Doubts It 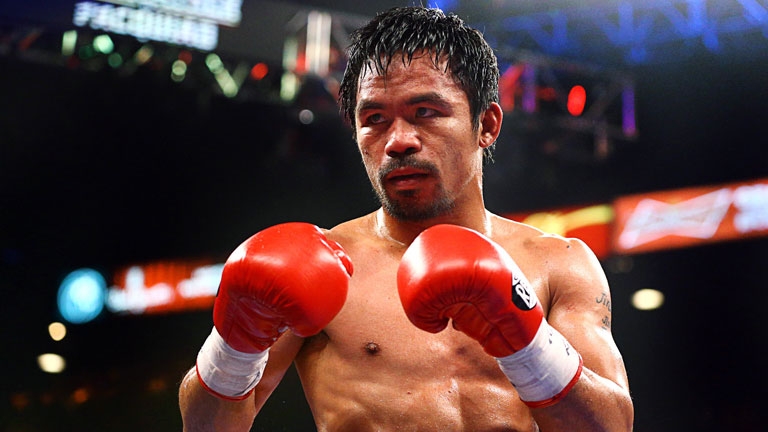 As many boxing fans have already expected, Manny Pacquiao’s next opponent is Keith Thurman. Since the announcement of their match, the latter has already gone on a series of big taunts promising he could defeat the Philippine champ. However, one boxing expert does not see it happening.

The upcoming match was made official last May 22 at a press conference in Las Vegas where both Pacquiao and Thurman were present. The latter did not only promise to defeat Pacquiao, but he also said he would give him a fight that would force him to retire.

While speaking to the press, Thurman promised his fans, "I'm gonna make a big statement. You are not gonna want to miss this fight, especially because it's about to be this man's last fight.” The Clearwater, Florida-native also talked about how boxing has come to a “new era” and seemingly implied that the older, iconic names need to go.

"I believe boxing has come to a new era. Floyd is gone. Pacquiao's here. Come July 20, he will disappear,” Thurman taunted. “He's a legend. He will always be remembered, but I'm going to do to Manny Pacquiao what he did to Oscar De La Hoya. Oscar De La Hoya never fought again. Facts."

However, boxing expert Justin Fortune told Fight Hub TV that Pacquiao still has what it takes to defeat the younger, undefeated boxer who described as “very dangerous.” “They all say it. They’ve said it before and they’ll keep on saying it again,” Fortune said of Thurman’s May 22 statements.

“When Pacquiao hits you, things change. Once Manny hits Thurman, he’ll run and he’ll box,” Fortune predicts. “They f****** run because you don’t want to get hit too many times by Pacquiao, it’s just the way it is. It’s nothing against Thurman. Manny’s stupidly fast and strong. Those combinations f****** hurt.”

Interestingly, considering the boxers’ stats coming into this match, Pacquiao is technically the underdog. The Pacquiao vs. Thurman fight goes down on July 20 at the MGM Grand Garden Arena in Las Vegas.