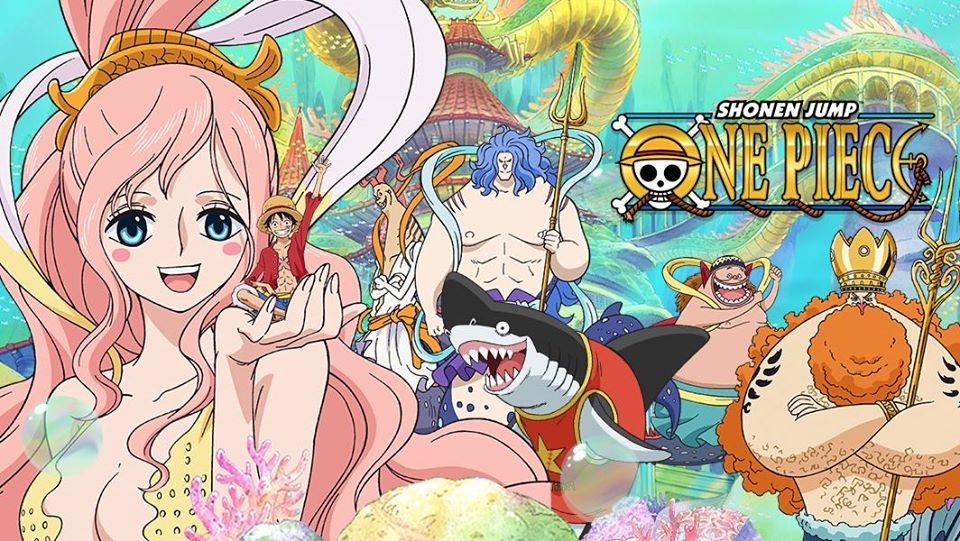 Fans cans expect “One Piece” chapter 977 to be an action-packed installment as the main event of the Wano Country Arc is starting to unfold. With everything in place, the raid on Onigashima will likely start in the upcoming manga chapter.

One of the biggest surprises in “One Piece” manga chapter 976, which can be read online in MangaPlus, was the arrival of Jinbei. Just as the alliance’s ships were targeted by Kaido’s long-range cannons, Jinbei attacked the warships carrying the cannons to disable them.

“I’ve come back alive just as I promised Luffy,” Jinbei announced. “I’m glad I made it in time for the battle.” He also officially became a member of the Straw Hats and was designated as the Straw Hats Crew Helmsman with a bounty of 438 million.

The arrival of a strong fighter like Jinbe is a very welcome addition to the alliance as they finally implement their plans of raiding Onigashima. However, it is also highly likely that “One Piece” chapter 977 might give a brief summary of what happened to Jinbei since he parted ways with the Straw Hats.

Another surprise brought by the recent “One Piece” manga chapter is Kanjuro’s impressive skills. Apparently, it was the first time he displayed his abilities even to his long-time companions from the Red Scabbards.

First, he drew a crane that he used as an escape vehicle for him and his hostage Momonosuke. When Sanji tried to attack him, he drew ink clouds that can rain down arrows on their targets.

The problem is that he now knows that Momonosuke’s sister, Hiyori, is actually alive. “Next, I will find Hiyori and kill her now that I know she’s alive,” the traitor said as he was fleeing.

With such a threat, the Scabbards will likely try to find ways of dealing with Kanjuro in “One Piece” chapter 977. In fact, it will be a good thing for the alliance to intercept the traitor before he can return to Onigashima. As long as they can prevent him from sending a message to Kaido, they will still have the element of surprise, which could be a big advantage in the coming raid.

Meanwhile, there are also “One Piece” chapter 977 speculations saying that Hiyori might end up rescuing her brother. While Kanjuro knows that Hiyori is still alive, he still doesn’t know how she looks like at present.

“One Piece” chapter 977 will arrive on MangaPlus on April 12. Stay tuned for more updates.