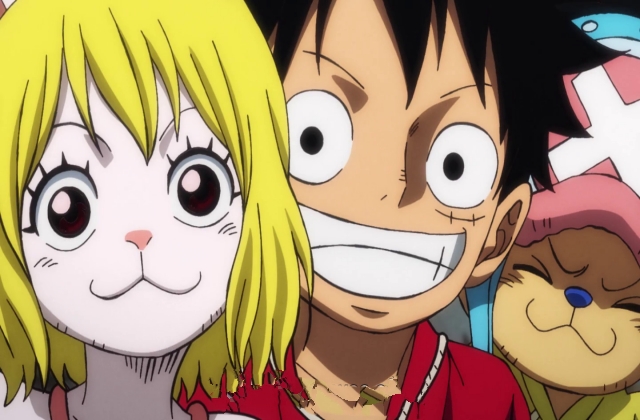 “One Piece” chapter 965 will be delayed, but spoilers are already here. In this chapter, the story is still expected to center on Oden as he travels after leaving Wano.

In chapter 964, Kozuki Oden was finally able to join Whitebeard and his crew after some hardships just to get into their pirate ship. It can be said that Lady Kozuki Toki helped with WB’s decision to let him join them because he saw how Oden protected her when she was being harassed on the island.

“One Piece” chapter 964 will continue with Oden’s adventures while aboard Whitebeard’s ship, but soon, he will be meeting a new pirate, and he may leave WB and join a new group. This is Pirate King Gol D. Roger being talked about, and he will meet Oden after hearing about his adventures.

Roger became interested in him, so he wants to see him in person. He first heard about Oden when someone talked about a person from Wano who was able to leave the country, and at this time, Oden has already been assigned as a division commander in Whitebeard’s ship. Aside from Roger, other prominent personalities are hearing about Oden, but not all of them will be able to meet him.

Why Roger wants to meet Oden

Another reason why Roger is keen on meeting Oden is because of his skill in reading the Poneglyphs. “One Piece” chapter 964 will show former Daimyo moving to Roger’s ship and how the pirate convinced him to leave Whitebeard to join him. Roger wants to know more about One Piece, and Oden may be able to help him in some ways.

In any case, the mystery about Lady Toki may also be addressed in the coming chapters. Her sudden appearance is suspicious, especially after it was learned that she is a time-traveler. What is her purpose of traveling to the future since she was said to be from the Void Century?

As mentioned before, “One Piece” chapter 965 is delayed, so there will be no release this week. Instead, the new official release date for this manga has been for Dec. 15. While waiting for another week could be frustrating, fans can just check out the spoilers through raw scans that will be available on Dec. 13 as per Otakukart.