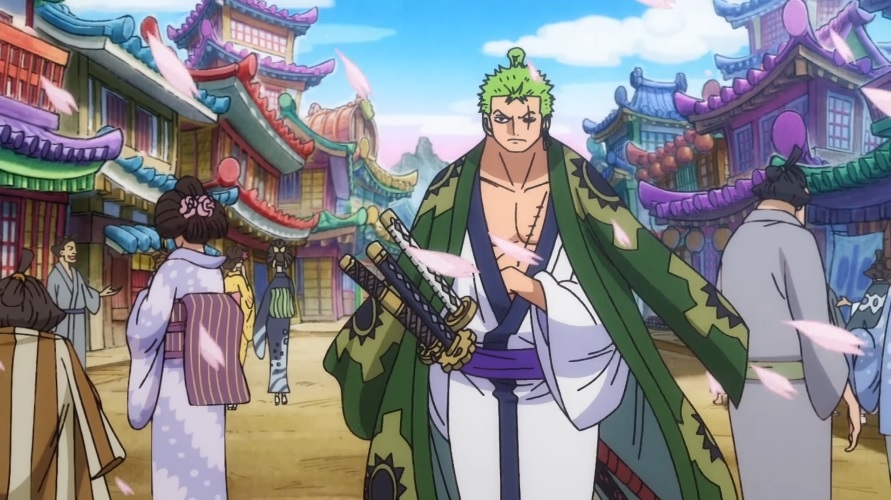 “One Piece” chapter 961 will most likely pick up directly from where the previous installment ended. This means manga readers could be seeing Kozuki Oden fighting the feared Mountain God. Doing so will probably earn the respect of Wano residents and will make his father reconsider his decision of disowning him.

As predicted, chapter 960 focused on flashbacks revealing Oden’s early life and finally unveiling his complete appearance. It appears that Oden was not always loved by the people of Wano because he has been causing trouble since he was a baby and up to the age of 18 – the period covered in the flashback sequence. But what happens in “One Piece” chapter 961 is now expected to change his reputation greatly.

The previous installment opened by introducing a rare white boar caught by three men talking to a younger Tsuru. The same conversation mentioned the Mountain God that was later discussed more by a young Denjiro. The Mountain God is not a moving piece of land but a giant wild boar that gives birth to rare white boars. It perfectly sets up the upcoming challenge for Oden in “One Piece” chapter 961.

Denjiro explained to Kin’emon that the Mountain Gods always follows its babies. Since the white boar was brought to the Wano capital, it means danger is on its way to the crowded city. But it was already established that Oden possesses superhuman physical strength. If there is anyone who can take on the angered Mountain God in “One Piece” chapter 961, it would be him.

After 41 years, in the present time, it is obvious that Oden is still recognized by many as a beloved hero of Wano. This hints at Oden’s success if he is ever going to fight the Mountain God in “One Piece” chapter 961. His actions will likely build his character in the eyes of the Wano people and his family as someone deserving to be the next shogun of the beautiful country.

There is two great news about the release date of “One Piece” chapter 961. First, Eiichiro Oda will not be taking a break this week. Second, the chapter will be officially released a little earlier than usual. A new chapter will be available on Saturday, Nov. 2, along with the release of a new Weekly Shonen Jump.