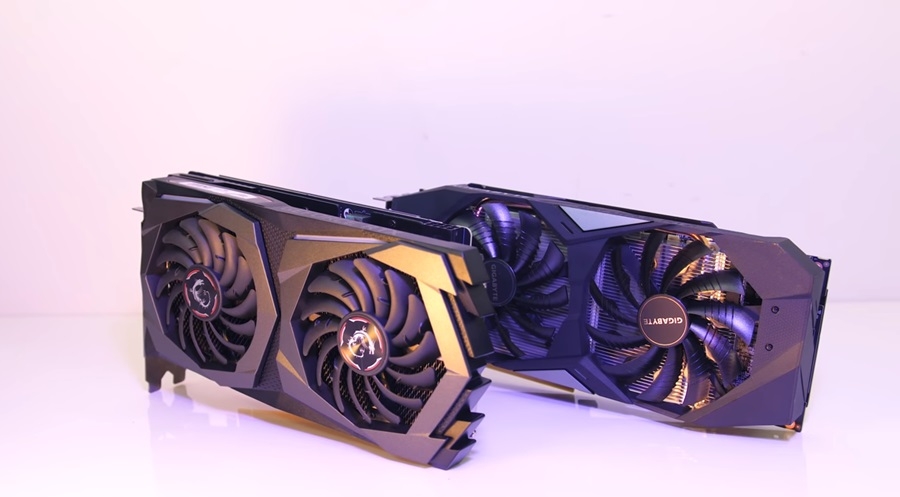 Photo via Screenshot of Jarrod'sTech/Youtube

The battle between Nvidia and AMD has continued to rage, and it appears that the latter is winning the skirmish. AMD has made huge waves this year after it released a new processor and GPU line up.

As a response, Nvidia launched the RTX Super cards in an attempt to stall AMD’s progress. AMD, however, slashed the price of the RX5700 just low enough to stay ahead of the competition.

This price dance has been one of the many maneuvers that occurred between AMD and Nvidia this year. And now, we see the result of who got ahead in the race.

In a report recently released by Jon Peddie Research, it appears that Nvidia was ultimately the loser between all the jostling having its market share this quarter pulled down from 77.3 percent to 67.9 percent. Meanwhile, AMD managed to increase its market share from 22.7 percent to 32.1 percent.

In short, AMD took 9.4 percent of Nvidia’s market share. AMD is expected to bring even more heat next year as it’s reportedly going to release what’s being billed as the “Nvidia Killer,” Digital Trends reported.

AMD and its Nvidia Killer

Little is known about the graphics card, but its code names are supposedly Navi 21 and Navi 23. What’s more, AMD is planning to outfit the Nvidia Killer with a bigger die, along with stream processors and new 7nm node. Unfortunately, there’s no mention of ray tracing technology just yet.

Ray tracing remains one of the edges that make Nvidia stay on this race. For instance, Nvidia’s GeForce RTX 2060 Super is still far more appealing than the AMD Radeon RX 5700 XT due to ray tracing. Of course, there are other factors, as well. The Deep Learning Super Sampling (DLSS) feature is arguably far better than ray tracing as it basically future-proof your investment, Forbes reported.

While not a lot of gaming titles support DLSS, it’s expected that more and more will take advantage of this technology moving forward. Nvidia’s RTX 2060 Super also consumes less power and is quieter compared to the Radeon RX 5700 XT. The only edge that the RX 5700 XT has against its competition is raw power.

If AMD implements ray tracing and DLSS on its Nvidia Killer, then there’s a big chance that the disparity between both companies in terms of market share will shrink further. Of course, it should also be noted that Nvidia is planning its own lineup for 2020 although nothing has been revealed about the upcoming cards thus far.