The entities aim to come up with a preliminary development plan for the construction by the end of this year.

No, not again! A third straight La Niña is likely – here’s how you and your family can prepare 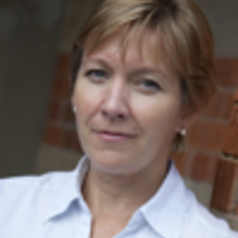 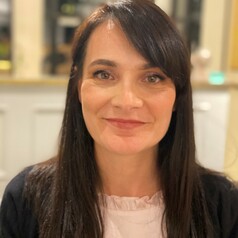 Hearts sank along the Australian east coast this week when the Bureau of Meteorology announced a third consecutive La Niña was likely this year. La Niña weather events typically deliver above-average rainfall in spring and summer.

But the last two La Niñas mean our catchments are already full. Dams are at capacity, soils are saturated and rivers are high. In some cases, there’s nowhere for the rains to go except over land.

Over the past 18 months, many communities have been hit by floods – some more than once. For these residents, the prospect of a third La Niña will be extremely concerning. And some people who’ve never experienced floods may now be at risk.

Our current research project is examining the experiences of flood-hit communities in New South Wales and Queensland – and our interviews have already yielded useful insights. So let’s take a look at what we should be thinking about now as another wet summer looms.

The @BOM_au has just issued a La Niña ALERT, meaning there is now a 70% chance of La Niña being declared later this year. If it is, this would be the first time on record we have seen 3 consecutive La Niña events coinciding with back-to-back negative IOD years. pic.twitter.com/q9hKMmsD4Z

Floods are among the deadliest natural hazards in Australia. Yet in Australian culture, water often equates to fun. From a young age we’re taught to swim, enjoy and “master” the dangers that water poses.

So during floods we often see risky behaviours such as driving and playing in dangerous water.

Recent floods, however, brought home the reality of the threat. Few could forget images of frightened families being winched off roofs by helicopter, water rushing from spilling dams and everyday people rescuing their neighbours.

The NSW government on Thursday released an independent report into this year’s floods. It examined flooding from February to April and again in July – mostly around the Northern Rivers, Sydney’s Hawkesbury-Nepean and the central to north coasts.

The report contained troubling statistics, including:

Releasing the report, NSW Premier Dominic Perrottet said up to 40,000 Western Sydney residents risked flood evacuation by 2040, if flood conditions similar to those in July were repeated and no mitigation action was taken.

The inquiry revealed a central theme: the need for a renewed and stronger emphasis on sustained disaster preparedness. Otherwise, as the report noted, the emergency response becomes harder:

Preparedness is discussed in relation to emergency management and our natural and built environment. But an important component of preparedness is at a personal or family level. Failure to prepare at this level makes preparations at other levels more difficult and expensive.

Our current research is examining the experiences of those affected by this year’s floods to gather insights on preparedness and response. Participants can take part in an interview, a survey or both.

Our interviews are already providing useful insights. They include the possibility that prior experience of flood, and the well-meaning reassurances of others, can hinder preparations. As one respondent said:

the house, having been built on a mound, has never been flooded and that’s why my neighbour said, ‘Don’t worry. Your house won’t get wet. It’s never got wet in 70 years’. But this was unprecedented.

With another wet summer likely, interviewees are starting to see major flooding as a “new normal” rather than a once-in-a-lifetime experience. This is causing them to question the future of their communities. As another respondent told us:

that’s the part that I’m struggling with now is that it feels like it’s unviable to live here because there’s no security, and when you take away people’s security, your life tends to unravel.

We hope our research will influence policy and practice on flood preparation, community engagement and risk messaging, and shed light on more permanent changes required.

So what should you do if flooding is forecast and you need to evacuate? Here’s what experts recommend:

Of course, flood preparation should not be left until the last minute. Now is a good time to think about what might happen in the months ahead. Things you can do now include:

For further advice, head to the website of your state’s emergency service agencies.

Climate change will exacerbate floods and other natural disasters. Communities must be supported to prepare as best they can.

More permanent measures are also needed, such as land buybacks to move people out of flood-prone areas. And importantly, planning systems must ensure we don’t keep building on floodplains.

Our approach to disaster readiness will continue to change. Already, experts are providing advice on matters such as emotional preparedness and recovery in the aftermath.

One thing is clear: in the face of the increasing disaster threat, temporary and seasonal preparations are no longer enough.