This pair is a nod to Iverson's honoring of Dr. J by donning a #6 jersey at the 2002 NBA All-Star Game instead of his customary #3 jersey number, which is depicted on the heel.

Sky’s second quarter revenue dropped 13.8 percent on year to $4.5 billion, mostly as a result of changes to licensing arrangements for sports programming in Italy and Germany. 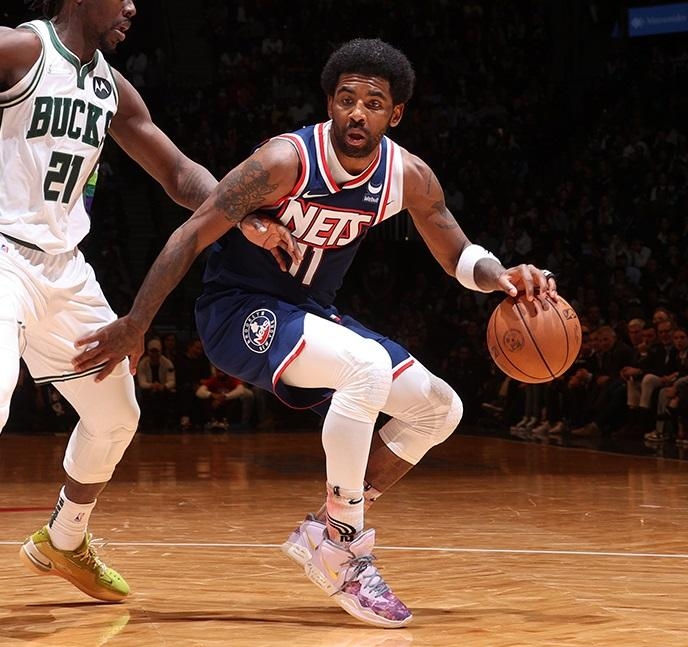 Nike is releasing two different colorways of the Nike Kyrie Infinity and the Nike Kyrie Low 5 on July 7 and July 8, amid reports that it will let its partnership with Kyrie Irving lapse next season.

The eighth design in Irving's signature line, the "Infinity," retails for $140 and is a mid-cut hoop shoe.

In contrast, Irving's fifth model, the "Low," will set you back $110 and is made exclusively for athletes who favor low-cut kicks.

There has never been a more uncertain time for Kyrie Irving. The Brooklyn Nets point guard chose to enter the final year of his contract last week after missing 53 games during the previous campaign. That hasn't prevented Brooklyn's front staff from attempting to trade for the All-Star point guard, either.