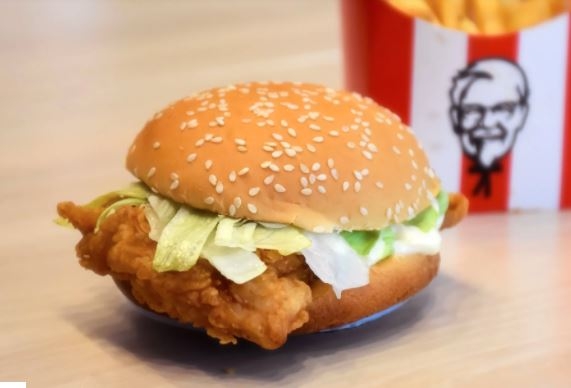 The customer, Erwin Sandi, didn't get a sandwich as appetizing as the one in this picture.

A KFC store in Indonesia had agreed to settle allegations of deception by a customer through mediation and abide by his four demands, including the company feeding orphanages for a month.

The customer Erwin Sandi threatened to sue the KFC store for allegedly selling him a chicken sandwich that is deceptively different from photos of its Facebook advertisements.

Sandi shared a side-by-side comparison of his sandwich with the sandwich on the Facebook ad, writing that "KFC is good at deceiving their customers."

Not only do the patty and bun from the sandwich bought by Sandi not look as delicious, but it is also bereft of veggies and sauces that appear in the ad.

Sandi said he tried to call the store, but no one answered.
Thus, he decided to take his story to local media when he threatened to sue.

Sandi complained that it was the second time he received food that didn't look like in the picture. He added that the sandwich he received looked underwhelming and that he can't believe a large franchise like KFC would sell such "unfinished burgers."

When reached by the local news outlet Pikiran Rakyat, the KFC location's manager admitted that they didn't send Sandi a burger with vegetables because they didn't have anymore, adding that they had asked the delivery driver inform the customer of this issue.